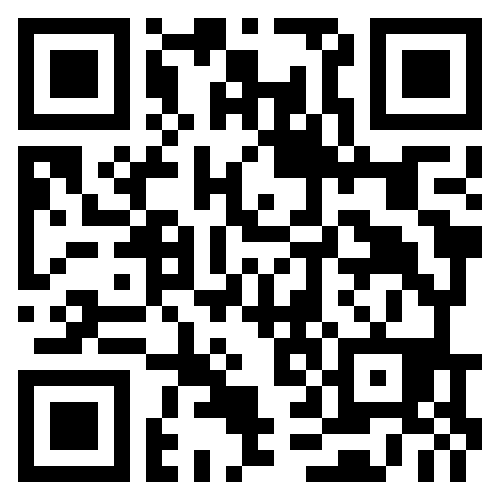 A confluence of risks

Global markets have been under extreme pressure since the start of the year, with the main bond and equity benchmarks down double digits. Depending how you measure it, it has been the worst start to the year for a global balanced portfolio in at least the past 50 years. This does not mean that diversification doesn’t work.

It means that diversifying equity risk when developed market bond yields were extremely low and vulnerable to even modest inflation and interest rate increases was always going to be less effective. And neither inflation nor projected rate hikes is anywhere near modest.

The way forward depends a lot on how three big macro risks evolve.

War, what is it good for?

Firstly, the ongoing war in Ukraine shows no sign of letting up, even if Russia had to abandon its initial goal of quickly capturing Kiev. Therefore, the upward pressure on food and energy. Even if the conflict was to end now, which doesn’t seem likely at all, global fertilizer shortages can still lead to smaller harvest in six or 12 months.

As always, the impact falls hardest on poorer countries and low-income groups within developed nations. But even for relatively affluent consumers, the cost of living has increased substantially. And even though wage and salary increases are running at the fastest pace in years, particularly in the US, they aren’t keeping up with inflation.

Meanwhile, the longer the war drags on, the greater the risk of a complete embargo of Russian oil and gas by either West or Russia itself, even if it would hurt both sides. Indeed, the European Union has now proposed implementing a ban on Russian oil imports by year end. It is also looking to ban any European company from shipping Russian oil to third parties, or financing or insuring such shipments.

That would make it even more difficult to move Russian oil around even if the end customer is in a neutral country like India. Gas remains Europe’s biggest vulnerability. Unlike oil, replacing Russian gas requires a complete reconfiguration of energy infrastructure since most of it is piped in. While households and small businesses arguably have some flexibility, large factories that run on gas cannot quickly convert to other energy sources. Countries like Germany would likely slump into recession if either side were to cut off gas flows.

From FIFO to FILO

The second big macro headwind is China’s zero-Covid policy. It is responding to a Covid outbreak by imposing hard lockdowns on affected cities to halt the spread of the virus.

China was seemingly first-in first-out of the pandemic. It’s zero-Covid policy in 2020 seemed to work and it was held up as a model for decisively dealing with the pandemic in contrast to the fumbling and bumbling approach of the US, UK and other democracies. But today, even though other countries are reporting much higher new case numbers, it seems to be a case of first-in last-out as far as the economic impact is concerned. The government’s response seems to be disproportionate to the health risks, and again raises questions over policy credibility.

Meanwhile, this is clearly a blow to China’s domestic economy. People locked down in their homes are spending less and struggling to get to work. Moving goods around internally is proving difficult. The government will probably have to step up stimulus measures to achieve its growth target of 5.5% this year.

The lockdowns also pose a risk for the global economy since so many supply chains run through China. It is still the world’s factory. Global supply chains were already creaking before the war in Ukraine created additional problems. This feeds into pre-existing global inflationary pressures, bringing us to the third point.

Inflation was already running uncomfortably high coming into 2022. Central banks initially viewed this as largely temporary, but the more recent evidence, particularly from the US, is that inflation has broadened out beyond commodity prices and pandemic-related distortions. While central bankers would ordinarily look through commodity price movements, this time it is hard to do so since inflation is already so high. There is a risk that expectations of future inflation shift permanently, potentially resulting in inflation becoming self-fulfilling.

Therefore, global central banks have dialled up the hawkish talk. Last week the US Federal Reserve put words into action by implementing a 50-basis point hike for the first time since 2000. By moving in bigger increments than the traditional 25 basis points, the Fed is hoping to send a strong signal that it is serious about fighting inflation. The equity market initially seemed to get excited when Fed Chair Jerome Powell ruled out 75 basis increases, and the S&P 500 rallied 3%, the biggest rally on a Fed announcement day since December 2008 (when the Fed cut rates).

But those gains were given back the following day. The volatility points to a market still grappling with a new reality that the Fed is aiming to deliver one of the sharpest rate increases on record. Money markets are pricing in a fed funds rate of just above 3% by the end of next year.

The Fed has also completely stopped buying bonds and will start letting its holdings mature, thereby shrinking its balance sheet starting next month. The positive impact of quantitative easing on equity markets was often overstated, and therefore it is easy to overstate the reverse impact of quantitative tightening. But the fact remains that this will drain liquidity form the financial system and amplify the impact of rate hikes.

These increases are likely to put downward pressure on economic growth. Indeed, they must since weaker growth is needed to cool inflation. The big question for global investors is whether the Fed can engineer a “soft” or “softish” (in Powell’s words) where inflation falls without the economy going into a recession. The alternative “hard” landing can occur if inflation remains stubbornly high and the Fed needs to keep hiking until something breaks.

The trick of course is that today’s rate hike only impacts the economy over 12 to 18 months. They are constantly having to make forecasts about the future and set policy for the future while the present is incredibly uncertain.

The good news is that the US economy is on a strong footing and consumers have healthy balance sheets and should be able to withstand tighter policy. However, that also creates a problem. If inflation doesn’t cool sufficiently, the strong economy must be hit even harder with interest rates. Either way, the big shift in the Fed’s thinking has been that if inflation proves sticky, they are prepared to hurt the economy. The priority is now inflation, not growth. That is a different situation from where we’ve been over the past decade.

This is clearly illustrated by the Bank of England’s decision to raise its policy rate last week to 1% even as it warned that a UK recession was likely later this year due to the sharp decline in household real incomes. It also warned that further rate increases were likely to cool inflation.

As markets try to price in a future of higher rates and slower growth, the valuations of US technology companies have come under particular pressure. Pricing in blue-sky growth when money is free is one thing. Now that interest rates are rising, investors want to pay lower multiples for expected future profits even if profit growth remains robust.

While the broad S&P 500 benchmark is down 13% since the start of the year, the tech-heavy Nasdaq is in bear market territory, down 23% year-to-date.

An optimistic reading of current equity market valuations is that they have declined substantially, and much of the froth has come out, including in the overvalued technology firms. The forward price: earnings ratio of the S&P 500 is back to pre-pandemic levels at 17 while the global benchmark MSCI All Country trades at 15 times forward earnings. As long as central banks don’t hike the global economy into recession, valuations now seem reasonable. However, the risk of them doing so has clearly increased.

While highlighting these risks, we should also highlight that there are always macro uncertainties. Investing is often a case of climbing a wall of worry, constantly wondering about the many things that can go wrong. Most don’t, however. In fact, when everything is looking rosy, it is probably time to start wondering what lurks around the corner. Good times can lead to overconfidence, excessive risk-taking and unrealistic extrapolations of recent performance. This description applies to many of the technology companies that have seen their pandemic-related gains wiped out.

The substantial weakness in markets since the start of the year means a lot of bad news is already priced in, but volatility looks likely to remain a feature until there is more clarity on the three big macro risks discussed above. While valuations have improved and there are selective opportunities in global equities, it doesn’t seem to be time for a big increase in global equity exposure yet. Hindsight might show that this was a great buying opportunity, but we’re comfortable that we’re maintaining enough equity exposure should markets recover.

Hindsight might also show that this was a good time to get out before more big declines. That is the uncertainty investors always live with. Without perfect foresight, the better alternative is to diversify equity risk with other asset classes. Having a safety harness helps when climbing that wall of worry.