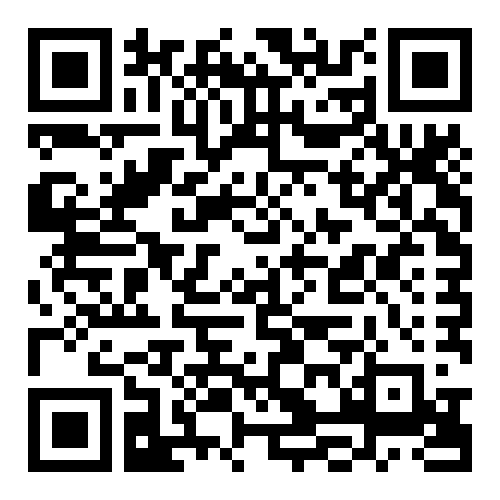 The South African government’s roll-out of a large infrastructure plan, which includes a sharp focus on increasing renewable energy generation and investment in agriculture, will create a huge demand for capital. Renier de Wit, an investment specialist, argues that Section 12J venture capital companies can play a leading role in providing much-needed investment to prompt economic growth in these sectors in South Africa.

The country’s economy contracted 6.1% in real terms in the third quarter of 2020 compared with the same period a year earlier, according to data from Statistics SA. This figure does not truly relay the effect on livelihoods. The Covid-19 pandemic triggered havoc on the health and finances of millions of South Africans. Now, as the hope of effective vaccines against the virus starts to shine through, the government has prioritised some key spending programmes to kick-start economic growth in Africa’s most advanced economy.

In his State of the Nation Address (SONA), President Cyril Ramaphosa highlighted four priority interventions to boost the economy. These include a massive roll-out of infrastructure (which is already underway), a huge increase in local production, an employment stimulus to create jobs, and the rapid expansion of power generation capacity.

I wish to focus on some of these priorities and how Section 12J venture capital companies (VCC), with their tax advantages, can contribute to realising Ramaphosa’s economic ideal. At the same time, I would like to consider a sector that has been resilient amid the economic slump of 2020: agriculture.

It is clear from the SONA that sharper focus will be placed on getting the renewable energy build programme accelerated. The economic imperative is clear; for the economy to grow, it needs an affordable, stable, and secure supply of electricity. With sustainability in mind, such power generation must be as harmless as possible to the planet and, therefore, the need for renewable or clean energy generation.

The government is seemingly moving faster in getting its electricity supply in order with 2 000 MW of emergency generation already licensed and the fifth bid window of the Renewable Energy Independent Power Producer Procurement Programme (REIPPPP) set to open in the next couple of weeks followed by a further round of bidding in August this year. This is crucial if you keep Eskom’s warning in mind that between 4 000 MW and 6 000 MW of generation capacity will be decommissioned over the next five years as its ageing coal-fired plants (with an average age of 39 years according to the company) reach the end of their lives.

This poses a huge opportunity for Section 12J VCCs to enter the infrastructure investment fray. Most renewable energy projects are currently funded through a mix of equity investment and debt. Section 12J VCCs can access these projects on the equity side of funding. The question now arises whether VCCs have enough firepower to take part in smaller-scale distributed generation renewable energy projects? Remember that with many of the first rounds of the REIPPPP, funding was primarily supplied by the banks through institutional debt and, in many cases, through equity investments by large asset managers and development institutions such as the Industrial Development Corporation.

Today, there are more than 180 approved Section 12J VCCs which have provided funding to more than 360 small and medium enterprises (SME) in South Africa. These VCCs have invested R5.5 billion and created 10 500 early-stage jobs. At Gaia, for example, we have raised and invested R225 million in 11 SMEs which created or sustained about 700 jobs, with many more to be created in years to follow as these SMEs grow and mature. The bulk of the sector’s R9 billion was raised over the last three years, which beckons the question: how much more can be raised to channel into infrastructure programmes? Section 12J VCCs can bring renewable energy to South Africa and assist in releasing the handbrake on economic growth.

One economic sector that has outperformed despite energy constraints is agriculture. In the first three quarters of 2020 – for which data is available – agriculture contributed positively to GDP. Even in the beleaguered second quarter of last year, when the economy was locked down, agriculture was the only sector that eked out some growth. The end of the nationwide drought supported the grain crop and fruit exports from the Western Cape and citrus production all over the country was boosted by benign weather conditions.

In his SONA, Ramaphosa focused on the government’s initiatives to support local poultry and sugar production. More than R800 million of new capital, for instance, found its way to the poultry industry, beset by cheap chicken imports. This investment has already borne fruit with an additional one million broiler chickens produced per week to feed South Africans, supplanting some imports. Investments like these in the agricultural industry – which employs 808 000 people according to the latest data from Stats SA – make a real difference in the livelihoods of especially unskilled South Africans who want to enter the job market.

Section 12J VCCs can, and do, play an increasingly important role in stimulating agricultural production and job growth in this sector. There are various entry points for investors, such as VCCs, into the entire agricultural value chain that contributes upwards of 20% to the GDP. Whether it be directly investing in the operations and infrastructure on a commercial farm, input suppliers, or through renewable energy installations on these farms which reduce energy costs, VCCs can deploy their capital into a growing and increasingly productive sector yielding above-inflationary returns. The export agricultural sector is especially resistant to negative local and global market events as these events are often accompanied by a devaluation of emerging-market currencies which will see local producers reap the benefit.

Contributing to the economy

With overheated (and arguably overvalued) global financial markets, the case for investing in real assets – such as renewable energy infrastructure, fibre networks and agriculture – becomes stronger. These investment destinations may not be as ‘sexy”’ as, for example, the global technological stocks, but their contribution to real economic growth, enhanced productivity and stable job creation are undisputed. These backbone industries are crucial for the functioning of the rest of the economy. These industries provide stable returns and, with the advantage of the Section 12J tax rebate, the returns become sexy.

With the importance of these industries in mind, it is my sincere hope that the government will extend the existence of the Section 12J tax dispensation. This is one of the most ingenious ways to channel private capital, albeit through tax deductibility, into the productive sectors of the economy. As a Section 12J VCC, we have seen the tangible difference investments in underlying SMEs make to people’s livelihoods and in increasing productivity in the sectors in which we invest. Retail investors that wish to have a real and tangible impact on the economy and benefit from the tax deductibility of such a contribution should opt to take full advantage of this before the tax year deadline of 28 February.