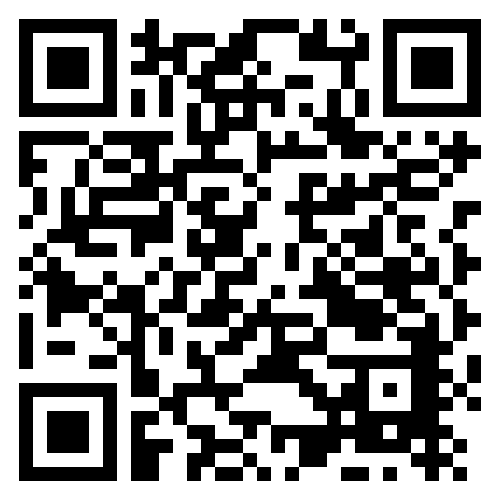 Brexit and the South African economy

“If the United Kingdom opts in favour of a Brexit in its referendum on June 23, it will generate a significant additional period of uncertainty for the SA economy,” say Professor Raymond Parsons, of the NWU School of Business and Governance and Professor Wilma Viviers, WTO Chair and Director of the TRADE research entity at NWU.

Based on a preliminary internal study of the economic implications for SA of a possible Brexit, the two economists believe that in the event of a Brexit, SA should immediately start drawing up contingency plans to best use the two-year period within which the UK would have to negotiate its exit from the EU. SA would then need to reassess several of its key trading commitments and their future.

There is almost general agreement that a Brexit would not only have a negative economic impact on the UK and EU, but also have ripple effects on many other economies. First prize globally would be if the UK decides to remain in the EU.

“For SA, the possibility of a Brexit also does not come at a propitious time for the domestic economy”, Parsons and Viviers add.

The two economists emphasize that wide-ranging authoritative assessments of the consequences for the UK itself of a Brexit range from the Bank of England fearing it may eventually precipitate a recession in the UK economy to Nobel Economics Prize winner Professor Paul Krugman’s warning that there could be a sustained 2% of GDP loss to the British economy. Whether the actual number is smaller or larger, the result will be a definite drop in UK GDP.

The UK is the fifth biggest economy globally. A setback of that magnitude in its economy could have adverse spill-over effects for many economies linked either directly or indirectly to Britain’s economy, including SA and other members of the SACU – Botswana, Lesotho, Namibia and Swaziland.

SA thus has a basic interest in the economies of the EU and Britain remaining strong, especially at a time when the global economic growth outlook is weak. Given that SA is a small open economy, with strong trade links to both the EU and specifically to the UK, tentative estimates suggest that in a worst case scenario, a Brexit might eventually shave about 0.1% off SA’s GDP. With current growth in SA in 2016 expected to be close to zero, it is a loss in growth SA can ill-afford at this stage. Slower economic growth as a result of potentially weaker trade and investment ties with traditional overseas markets means less job creation and yet higher unemployment.

The paths of economic interaction between SA and the UK lie mainly in trade (including foreign direct investment), tourism (including employment of South Africans in the UK), and the sterling-rand exchange rate. Of these, the most important channel of influence is via trade. Trade is the dominant feature. The two economists indicate that, in respect of trade with the UK in particular, SA is presently that country’s largest trade partner in Africa.

In addition, trade between the two countries is governed by overarching and significant special free trade agreements covering both the UK and the EU. These may change if a Brexit occurs, with the possibility that SA’s trade relations with both the UK and the EU would potentially need to be basically renegotiated. “In that event, this poses an enormous challenge to policymakers and business, given the interwoven economic relationships and commitments that already exist, if it becomes necessary to go back to basics,” the economists say.

It means that a Brexit would not only create considerable uncertainty for business but might also precipitate unintended consequences. Part of the complexities that may arise here could include, if as a result of Brexit, Scotland should break ranks with the UK, opt for independence and then seek membership of the EU unilaterally. This would add more uncertainty and risks for SA exporters in those markets. An analysis of SA’s main markets in the EU as a whole broadly suggests that the sectors most at risk in the event of a Brexit include agricultural produce, transport equipment, food, beverages and other manufactured products. “A significant question mark is then put over their future share of UK and EU markets”, Parsons and Viviers add.

* An indirect impact on the sterling-ZAR exchange rate through higher volatility in financial markets may occur. The UK is presently experiencing a large capital outflow, even prior to the referendum, as uncertainty grows. Higher risk anxiety stemming from a Brexit may mean rising volatility in currency markets, including the rand, especially if the dollar strengthens.

* If Brexit occurs, EU FDI flows to SA may come under pressure, uncertainty may cause existing business deals to be postponed or cancelled, and SA’s ability to finance its necessary economic development may be impeded. The EU is the largest source of foreign direct investment into SA and approximately 2000 EU companies employ about 350,000 workers here.

* The danger that, if the complicated UK negotiations to exit the EU cannot be completed within the designated two-year period, new uncertainties may emerge.

* Traveling to the UK, especially for SA business people, may become more onerous, as the UK could potentially adopt more stringent customs and immigration regimes in future.

In summary, although SA must respect the right of the UK to decide its own economic future, it is inevitable that if a Brexit happens, there will be negative economic consequences and uncertainties for countries like SA. SA therefore has a vital stake in the outcome of the UK referendum and will need to immediately address the consequences if a worst case scenario emerges.

SA will have to recalibrate its foreign trade strategies. If the UK decides on a Brexit, government, business and labour in SA will then need to add Brexit to the current agenda of heightened collaboration between them (perhaps under the aegis of Nedlac) and which has recently been successfully dealing with the credit rating agencies and SA’s investment ratings. Hopefully this may eventually not be necessary if the ‘remain’ campaign wins the UK referendum.

But it remains a reality that a Brexit could potentially become a game-changer for several key aspects of SA’s external economic relations, Parsons and Viviers conclude.