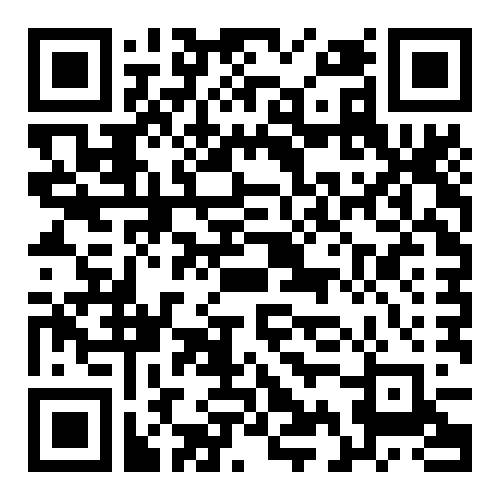 Budget 2020 will be an exercise in balancing Treasury’s books

South Africa is in critical need of a concrete plan from Treasury for the 2020/21 financial year if it is to overcome its existing economic challenges. Unfortunately, the 2020 Budget Speech, set to be presented by Minister of Finance Tito Mboweni on Wednesday, 26 February, is more likely to be an exercise of balancing Treasury’s books, rather than presenting real solutions to the country.

This is according to Bernard Sacks, Tax Partner at Mazars, who says that Minister Mboweni’s priority this year will likely be to find more ways of cutting expenditure and squeezing more out of the taxpayer base. “However, that really isn’t what we need. In my view, the main focus of the 2020 Budget Speech should be to improve the country’s growth, which is not going to happen without help from Government.”

Sacks explains that South Africa’s economic challenges can only be overcome if Government provides firm direction. “Unemployment is at its highest in years, and it is estimated that around 18 million people are beneficiaries of the state. That is to say that one in three South Africans receive some form of government grant. The growth outlook for the economy has also become progressively worse in recent years.”

In addition to this, he notes that the number of individuals in the top personal income tax brackets are eroding with increasing speed. “The richest taxpayers are responsible for a significant part of the country’s revenue. However, these individuals seem to be disappearing from the taxpayer base. In 2017, there were around 7500 individuals earning more than R5 million per annum. By 2018, this number had decreased to around 6500. We don’t yet know what the number for 2019 is, but I am sure it has decreased further. It is clear that getting our economy firing on all cylinders, and building a bigger taxpayer base, will require decisiveness.”

He adds that while Minister Mboweni announced an economic growth plan last year, there has been little indication of when this plan would be enacted. “South Africa is steadily approaching a debt-to-GDP ratio of 60%, and there is a very real danger that it will not be contained. The fact is that if we are right, and the 2020 Budget Speech only focuses on balancing the country’s books, we will be having this same conversation next year – only with far worse figures.”

Mazars Advisory Services Partner, Bongiwe Mbunge notes that while Eskom is one of the biggest drains on the economy at the moment, the state-owned entity can also present a significant opportunity for growth. “It is estimated that load shedding is now costing the South African economy in the region of R1 billion per stage, per day. In addition to this, issues like trade union interference and the rapid degradation of its infrastructure has actually led us to a point where the utility is producing less electricity than ten years ago, in spite of growing consumer demand.”

Mbunge states that the opportunity lies in Government’s recent commitment to lifting the restrictions imposed on privately-owned embedded generation, which could benefit the economy greatly in more ways than one. “This is especially true for the mining industry. I believe that encouraging private energy generation will unlock the opportunity to reduce the revenue that is lost due to unreliable power supply; improve the country’s carbon footprint; and help to combat the rising unemployment figures in South Africa.”

She adds that, in order for this to happen, skills development needs to become a priority at government level.

Reaching the top of the curve

Graham Molyneux, Tax Partner at Mazars, says that South Africa is fast approaching the crest of the Laffer curve, if it is not there already – the Laffer curve is the point at which an increase in taxes leads to a decrease in tax revenue collection. “I honestly do not think that the country’s taxpayers, in particular its high income individual taxpayers, will tolerate further income tax increases. Such increases could lead to an overall decline in tax revenues collected.”

Molyneux further highlights that there has been a trend in recent years of an increasing number of high net worth taxpayers leaving the country for greener pastures. “I believe that any further tax increases on individuals in the higher tax brackets will see an acceleration of this trend. The question of getting ‘bang for one’s buck’ is also relevant here.  There are countries such as Sweden or Japan where personal tax rates are higher than in South Africa, yet taxpayers are tolerant because they are getting something valuable in return for the taxes they pay (whether it is high-quality infrastructure, world class education, free healthcare etc.). If we are to retain our high net worth taxpayer base, Government will need to avoid further personal tax hikes at the top end and it will need to focus on improving the quality of services provided for the taxes already being paid.”

Companies are struggling, and it shows

National Head of Taxation at Mazars, Mike Teuchert notes that revenue collection for the 2019/20 financial year has been lower than anticipated, which can be linked back to the challenging economy. “The amount of collected revenue reported by SARS so far is quite concerning. Reported collections by November of last year were around R825 billion, which is approximately 58% of the R1.42 trillion revenue target that was set in February last year.

“In ideal circumstances, revenue collections should already have been 66% of projected targets. At the current trajectory, we believe that revenue collections will ultimately fall short of the revised R1.37 trillion by about R24 billion,” says Teuchert.

He points out that corporate tax collections are in large part responsible for the underperformance of revenue collections. “Corporate taxes are at 46% of collection targets to date, which is definitely related to the economic slowdown that we are currently experiencing. We have also seen multiple instances of international manufacturing facilities leaving the country.”

According to Teuchert, stopping this trend will require that Government eases the tax burden on corporations. “In recent years, we have seen tax breaks being reduced, while corporate taxes have arguably been increased to as high as they can go. We are seeing the effect that this is having.

“The only real solution is to find ways of reducing corporate taxes and make South Africa attractive to direct foreign investment again. Unfortunately, however, Treasury is extremely unlikely to reduce any taxes in this arena,” Teuchert concludes.