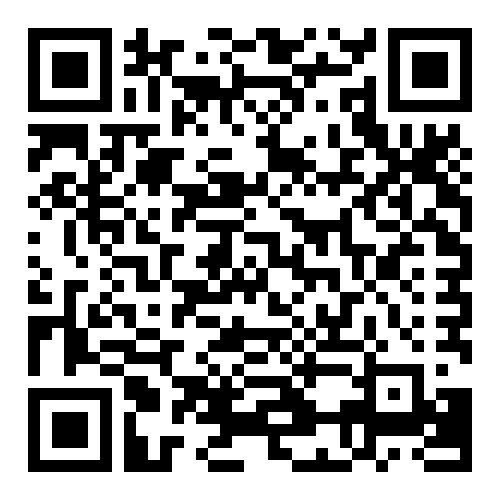 Covid played havoc with the Build its two previous attempts at holding its annual conference, and the company was ecstatic to finally host ‘The Grand Red’, the Build it National Guild interim Conference 12 and 13 November 2021.

Last year’s conference was cancelled at the last minute just as the country went into complete lockdown and the annual awards had to be held virtually. During this year’s Grand Red event, the Build it team had the opportunity to retrospectively recognise the winners from 2020 and to provide feedback and updates on the achievements made in the past two years. Albeit a smaller event than usual due to Covid restrictions and protocols, the event was still hugely successful.

Motshidisi welcomed Rob Lister, Build it managing director who gave a very positive presentation and road map of Build it from inception 36 years ago to 2021. Having started the journey with 24 stores, the group currently has 384 stores and the plan is to grow this to 460 stores within the next five years.

Lister explained that the positioning of the stores is that of a builder’s merchant rather than a DIY store with a strong presence in the DIY and contracting sectors of the hardware industry. The figures shared were hugely positive despite the challenges of the past 18 months.

The first retrospective award recognition was that of Mrs Build it 2019 – Matseliso Chondoma who accepted her animated certificate from Rob.

Inspirationial IT and HR developments were shared via video from team leaders, Rowan Englund (IT) and Thandwa Motlohi (HR).

National marketing manager, Chris Quayle was the next presenter and he highlighted the marketing initiatives undertaken over the past 18 months and their successes. Joined by Hawie Du Preez, Quayle congratulated the Ladder of Success Winners from 2020. The Ladder of success criteria is being judged against standards of excellence, national promotions, retail sales growth, DC purchase growth, House brands and the service departments.

THE WINNERS OF LADDER OF SUCCESS 3 WERE: Build it Whittlesea, Elliot, Mamelodi, Kamhlushwa, Jane Furse, Swakopmund, Msundizi, Stanger, Pankop, Bulwer, DTM, Cullinan, Majutene, Urianiaville and Worcester. These retailers were treated to a trip to Kapama River lodge in August.

Hawie du Preez, the group retail operations director unpacked the success of Project B – the Build it rebranding initiative which started three years ago, and its objectives met, being:

• Own the exterior and the colour red

The revenue growth of the 215 rebranded (191 converted and 24 new) stores is significantly higher than those that have not rebranded, a clear indication that the key objectives had been met.

Next on the agenda was the Store of the Year award and Hawie introduced the nominees, each of whom won in their respective regions.

The winner will be treated to a trip to the 12 Apostles Hotel and Spa in Cape Town.

The overall winner was Build it Delareyville with owner Mandini Kungwane, who could not contain her excitement and to the delight of all present, danced around the room before accepting her certificate.

The next award was the Hammer Award, named after Rob ‘the Hammer’Lister. The award goes to the Brand Ambassador of the Year 2020, Gareth Knott.

The Young Achievers award for 2020 was announced – the winner had to be under 35 years, an active promoter of the group, show strong leadership, be a major contributor to Build it, be innovative, show loyalty to Build it, drive retail, be enthusiastic and attend meetings. The winner was Akbar Essa who was treated to the Kapama River Lodge experience.

The work session ended with a presentation from Dion Chang, a trends expert and founder of Flux Trends. The presentation titled ‘the Great Staggering’ was hugely informative looking at what is happening in the world right here and now. It especially involved youth culture, helping to predict how our customers are changing before it is too late. A mesmerising but intimidating presentation that certainly got the delegates thinking.

The Grand Red Gala Dinner was an opportunity to retrospectively recognise the 2020 National Housebrand and National Supplier of the Year runner up and overall winners plus the crowning of the New Mr Build it.

Once again MC’d by Motshidisi Mohono, the entertainers for the evening were The Soil – a trio of sultry African voices followed by a classical trio and finally DJ Abby Nurock. The chef for the evening was none other than Eat Out San Pellegrino and Acqua Panna Chef of the Year 2019, Bertus Basson – whose food philosophy is rooted in the traditional South African Food Culture. Basson introduced his guests to the menu and wine pairing, a rare treat indeed.

Once starters had been served it was time to recognise the 2020 National House Brand and National Supplier of the Year winners. Presented by Chris Quayle, the runner up winners were treated to the Mala Mala trip with the Ladder of Success 2 winners.

NATIONAL SUPPLIER OF THE YEAR RUNNER UP: Everite, accepted by Jürgen Stragier.

The overall winners were treated to the Thorny Bush/Rovos Rail incentive with the Ladder of Success 1 winners.

NATIONAL SUPPLIER OF THE YEAR: Swartland, accepted by Hans Hanekom.

The final award was the prestigious Mr Build it award. In Masters Golf fashion the ‘Green Jacket’ is awarded to winners and is the ultimate recognition of excellence. Rob now announced Mr Build it was deserving of its own symbol of excellence and the ‘Red jacket’ and a new Build it tradition was introduced. The iconic red jacket ceremony is to honour and pay tribute to all previous Mr Build it winners over the journey of this ever-evolving business.

Before being joined by previous Mr Build it winners, Rob Lister paid tribute to very special members of the Build it family who had recently passed away. André Van Staden (Mr Build it 2009) and Godfrey Hlongwane (Mr Build it 2011) framed jackets were handed to their respective families.

And the winner of Mr Build it 2020 was Brian Hayward.

With the awards officially over, the party started. Delegates were also treated to a day of leisure on the following day with golf or spa treatments, followed by a casual dinner at the pool before another successful Build it National Guild Conference ended.