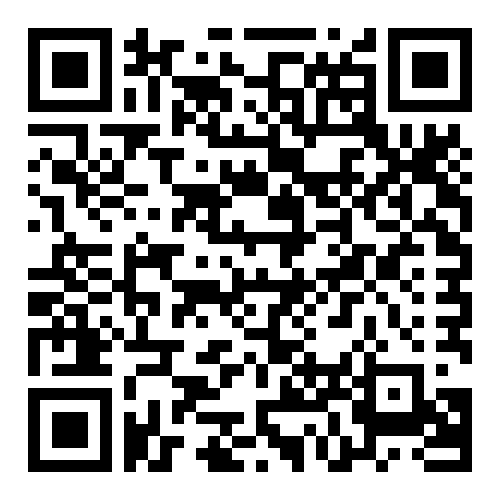 Businessman proved his mettle in the steel industry Churchill visits the works in November 1941

Turning his back against a ‘safe’ career in accountancy, 31-year-old James Neill leapt into the risky world of business in 1889. Today First Cut is a product of his early success.

Quality in tools is very important to the engineering, woodworking and DIY industries. An investment in reliable and trustworthy brands pays dividends by increasing the longevity of the tool, increasing productivity and enhancing work quality. First Cut, an experienced distributor of international capital equipment and consumables, seeks solutions for its customers that are not only application-specific but that will stand the test of time. What better way than to use quality that has been around for over 100 years. First Cut prides itself in its long standing partnership with Neill Tools – a company with a unique story of how it all began.

First Cut acquired the ex Neill Tools factory, which was owned by Haggie Rand in 1998.  First Cut then partnered with Neill Tools to start manufacturing Eclipse Hacksaw Blades and other products. In the Cape Town manufacturing plant this has been a mutually beneficial and successful relationship between the two companies.

First Cut not only supplies the tools and hardware industries with locally manufactured products like Eclipse Hacksaw Blades and the well-known 20 T Hacksaw Frames but also imports and distributes the complete range of clamping and work holding products, as well as hand tools.

“At First Cut we are extremely proud to be associated with this top brand of products”, says Gary Willis, Sales Director at First Cut. Choosing to become a steelmaker, James Neill possessed no formal metallurgical education and knew little about the manufacture of steel. Added to that, he had no orders and only small business premises in Bailey Street, Sheffield. But he had bags of enthusiasm and ambition which many believe are the ingredients required to embark successfully on a new venture. Previously, he had experienced some business success as chairman and managing director of Chambers & Co’s vinegar business.

His father George Neill was chairman of Tinsley Rolling Mills. In the early days at the Bailey Street premises James operated a small number of crucible furnaces and manufactured steel in small pots with a senior experienced workman with the help of an assistant.

Five years on and James developed his own specialised form of steel-faced iron, known as composite steel. The steel edge of the material was used to manufacture machine knives, woodworking tools, shear blades and plough plates. Further developments enabled him to take out his own patent on composite steel.

Within a short space of time James was earning quite a respectable salary of £260 a year and the business continued to grow: his staff in the 1880s comprised nine men and a young apprentice. Overseas sales were made in 1887 and in the first decade of the 20th century James moved to new business premises in Napier Street, to the aptly-named Composite Steel Works.

An indication of the firm’s buoyant cash flow was evident with the installation of a gasfired crucible furnace.

James’ next move was to visit the USA, attempting to market samples of his cutting tool steel to the manufacturers of hacksaw blades, but he was unsuccessful on several occasions. He decided, with the help of his son Fred, to manufacture them himself and production began at Napier Street in 1911. Fred Neill was given extra responsibilities in the manufacture of blades with the Eclipse name and trademark chosen for the new range of products. Production and sales were in full swing by 1912 and the first female employee was appointed to pack finished hacksaw blades. With the outbreak of the First World War James Neill was one of Sheffield’s firms that responded to a plea for help with the war effort, by manufacturing magnets, taking over adjacent premises in Napier Street.

After the cessation of hostilities James Neill started selling hacksaw blades to individual ironmongery businesses, having found the wholesale route stifled by US producers. James’ business was underpinned with help from his youngest son Wilfred and eldest son Fred, now a colonel, who returned to the company after suffering injuries during the war.

Around this period, additional melting capacity was established in premises at Attercliffe and overseas markets were won in Southern and East Africa. A landmark for the firm occurred in 1924 when the Eclipse 20T hacksaw frame was introduced. The decade was a period where the first commercial traveller was appointed, the first motor lorry arrived and James Neill was elected Master of the Cutlers’ Company of Hallamshire.

The company’s production of the Eclipse razor blade took away some of Gillette’s business. However, the razor blade was the last new company product introduced in James Neill’s lifetime as he died in August 1930 at the age of 72. Fred Neill took the reins of the company two months after his father’s death, the workforce at this time numbering around 400. Development in the company’s manufacturing side included the introduction of a permanent magnet chuck – a device for grinding and milling machines. The decade saw Fred Neill installed as Master Cutler. During World War Two the company turned its attention to manufacturing specialist military items but also continued to produce hacksaw blades, hacksaw frames, magnet chucks and magnets. The loss of men to the armed forces brought an increase in female employees.

Sheffield being a legitimate target in the eyes of the Nazis resulted in the Neill Razor department being gutted by an incendiary bomb. For a short period afterwards, the rebuilt department concentrated on turning out precision tools.

Winston Churchill visited the business in November 1941 and congratulated the employees working round the clock in support of the war effort. In the post-war years, the company was strong with the Eclipse trademark established in many countries and Fred’s son Hugh joined the company. Yet Neill’s, along with many other businesses, continually experienced frustration with the delays in the allocation of basic raw materials, especially as their product range continually expanded.

The war years had seen Neill’s acquire the business of William Smith Tool and Steel and in the 1950s the company bought Hallamshire Steel and File Company. In 1955 Fred Neill became High sheriff of Yorkshire and three years later he was knighted. He died in 1968 aged 75. On its 75th birthday James Neill’s key market was Europe and round the same time the company won a Queen’s Award for export achievement.

Further additions to the James Neill portfolio included the purchase of Peter Stubs in Warrington, John Shaw in Wolverhampton, Moore & Wright in Sheffield and Elliott Lucas in Cannock, all of which helped push the company’s product range up to around 11 000 items. In 1970, the company was floated on the Stock Exchange, helping it to rationalise and consider new developments especially for the DIY customer; Hugh Neill meanwhile became chairman.

A fierce takeover battle saw the acquisition of Spear & Jackson in 1985 and four years later – in the firm’s centenary year – Neill Tools was acquired by the MMG Patricof Group. In 1995, Neill Tools renamed itself Spear & Jackson plc and continues to trade under this name.