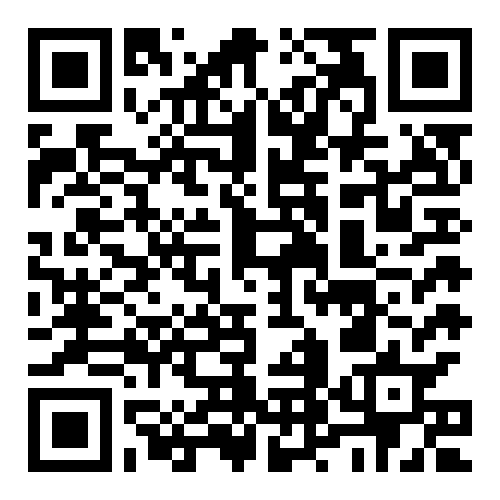 China has always been seen as the dark horse of the world. With little interest in conforming to Western, and more specifically, United States (US) ways, the economic powerhouse often rocks the boat on the global economic and geopolitical fronts.

Not quite open for business yet

The world’s been keeping a close eye on China, with their zero-COVID policy, subsequent lockdowns, and the anticipated effect on economic growth. Nine weeks ago, 25 million people in the economic hub of China, Shanghai, were placed under strict lockdown, with the fallout not only on Chinese growth, but also on the global supply chain. International companies producing in Shanghai, including Tesla and Sony, have borne the brunt as a result.

It is therefore no surprise that the announcement that Shanghai has eased its lockdown resulted in some upbeat sentiment across the world. However, all is not quite back to normal, and crippling restrictions are still alive and well in the region. Natixis SA’s Chief Economist for Asia Pacific, Alicia Garcia Herrero, noted in a media statement that “restrictions are only partially lifted to step up consumption and save the malls”, because while residents are now allowed to leave their homes, they are still restricted from returning to their place of work on a productive basis, obligated to take frequent PCR tests, and travel remains limited, with the 14-day quarantine policy remaining intact.

Shanghai residents who wish to use public transport or enter banks or malls must have a negative PCR test certificate not older than 72 hours, and cinemas, museums and gyms will remain closed. Most children will also not return to face-to-face schooling as yet. On Thursday morning, while life appeared to be returning to the city, as basic services resumed and many shops re-opened, the mood remained cautious.

With constrained production and minimal trade, analysts across the globe are slashing Chinese growth forecasts, with many of them coming in as low as 3.9%, a far way down from the Chinese government’s target of 5.5%, and even further away from the growth of 8.1% seen last year. In contrast to the rest of the globe, China is also pursuing accommodative policy measures, while advocating prudent practices within their Central Bank and other financial institutions within the region. China’s cabinet has announced a package of 33 measures covering fiscal, financial, investment and industrial policies to resuscitate its crippled economy.

The NBS Composite PMI (Purchasing Managers Index) Output Index in China climbed to 48.4 in May, up from the 26-month low of 42.7 seen in April, marking the third consecutive month of contraction in the region. Activity in both manufacturing and services contracted at a slower pace. China’s National Bureau of Statistics said in a statement that a series of policies, recently introduced to smooth out logistics and the blockages in the industrial chains, have been effective.

The unemployment rate in the eurozone was unchanged at a record low of 6.8% in April, the same as in the previous month and in line with market expectations. The annual producer inflation in the Euro Area increased to a new record high of 37.2% in April, from an upwardly adjusted 36.9% in March, indicating that inflationary pressures in Europe have not peaked yet, and reinforcing the case for the European Central Bank (ECB) to start tightening monetary policy at a quicker pace.

The S&P Global/CIPS United Kingdom (UK) Manufacturing PMI fell to 54.6 in May from 55.8 in April, pointing to the slowest growth in factory activity since January 2021, and in line with preliminary estimates. The slowdown was largely driven by weaker domestic demand, lower intakes of new export work, and ongoing disruption caused by crippled supply chains, rising cost pressures, and the war in Ukraine.

The Nationwide House Price Index increased 11.2% year-on-year in May, following a 12.1% rise in the previous month. The price of a typical UK home accelerated to a fresh record high of £269,914. Prices rose by 0.3% month-on-month, the tenth successive monthly increase, after taking account of seasonal effects.

US initial jobless claims fell by 11 000 to 200 000 in the week ending 28 May, from the previous week’s revised level of 211 000 and below market expectations of 210 000, signalling a tight labour market. The S&P Global US Manufacturing PMI was revised lower to 57 in May, down from a preliminary of 57.5, pointing to the slowest growth in factory activity since January.

Meanwhile, the rate of cost inflation accelerated to its fastest pace in six months, with firms passing on higher expenses to customers through a near-record rise in output charges. Higher operating expenses were commonly linked to hikes in metals, energy, and fuel and transportation costs, with some firms mentioning that the war in Ukraine and COVID-19 lockdowns in mainland China had exacerbated surging prices.

South Africa’s unemployment rate eased to 34.5% in the first quarter of 2022, down from a record high of 35.3% in the previous period. The number of unemployed persons decreased by 60 000 to 7.9 million, while employment rose by 370 000 to 14.9 million. Among sectors, job gains were seen mostly in community and social services, manufacturing, and trade.

The seasonally adjusted Absa Purchasing Managers’ Index rose to 54.8 in May of 2022 from 50.7 in the previous month. The latest reading pointed to the tenth consecutive month of expansion in manufacturing activity and at a faster pace, as domestic demand normalised, and export sales returned to positive terrain following damaging floods in the key province of KwaZulu-Natal. “Despite the solid rebound in demand, business activity was stuck just below the neutral 50-point mark in May. This could be due to continued loadshedding and industrial action affecting output, but not necessarily weighing on demand,” Absa said.

Equities in the green

All three major US stock indices opened mostly lower on Thursday, as investors re-evaluated the outlook for tightening monetary policy while digesting mixed signals from the US economy. On the corporate front, shares of Microsoft shed almost 3% after the company said that it is bracing to miss earnings and revenue targets in the current quarter. On the flip side, earnings from pet retailer, Chewy, and apparel retailer, PVH, outperformed forecasts.

UK equities ended their five days of gains on Wednesday, with the blue-chip FTSE 100 pulling back from an over one-month peak, as it was dragged down by utilities and technology stocks. Investors remain concerned about sky-high inflation and tightening financial conditions on a backdrop of slowing global growth. On the corporate front, Flutter Entertainment and National Grid, contributed to the drag on the index, down 4.9% and 4.3% respectively. UK markets closed for Queen Elizabeth’s Platinum Jubilee on Thursday and Friday.

European equity markets traded higher on Thursday, with Germany’s DAX rebounding 0.5% after two consecutive sessions in the red. Investors continue to assess how the latest inflation reports will impact interest rates and growth and await further clues from ECB officials on the rate-hike path.

The JSE FTSE All Share index traded marginally higher on Thursday, following a 1.7% decline in the previous session, mainly supported by miners, amid rising precious metals prices. Meanwhile, investors continued to assess the impact that the EU’s oil embargo on Russia could have on global inflation and growth.

Brent crude futures rose nearing $117 per barrel on Thursday, as the expanded Organisation of Petroleum Export Countries, OPEC+, agreed to raise output by a larger-than-expected 648 000 barrels in both July and August, but this is not enough to compensate for the potential loss of more than one million barrels per day from Russia. Earlier in the session prices had fallen to as low as $112.60 after reports said discussions were held about an immediate increase in output from Saudi Arabia and the United Arab Emirates, and that US President Joe Biden will visit the Saudi Kingdom, to pressure a production boost.

Gold held above $1 840 an ounce on Thursday, after rebounding from two-week lows in the previous session, as widespread concerns over high inflation countered pressure from a strong dollar and rising Treasury yields. Persistent inflation remained an underlying theme supporting bullion prices, with the eurozone inflation data coming in much higher than expected on Tuesday. Gold is considered as a hedge against inflation and economic and political uncertainties, but higher interest rates increase the opportunity cost of holding the non-yielding metal.

Copper futures rose to above $4.30 per pound, closing in on its highest level in nearly four weeks, bolstered by low inventories and prospects of higher demand following the ease of some COVID-19 restrictions in China. In addition, copper inventories in London Metals Exchange-registered warehouses fell by 6 250 tonnes to 156 175 tonnes at the end of last week, and those in warehouses monitored by the Shanghai Futures Exchange fell 23.7% from a week earlier.

Platinum futures fell to around $950 per tonne, down more than 15% from a nine-month high of $1 154 hit in March, on increased supply. In the latest report from Nornickel, the metal’s top supplier, showed that a partial recovery in the global auto sector is set to offset lower consumption in China, where metal use in car manufacturing will decline in 2022.

All eyes on US jobs data

The US Dollar Index tested the 102 level on Thursday as subdued US data steered investors away from the greenback. The ADP National Employment Report showed that US companies added the fewest number of jobs since the pandemic recovery began, suggesting the US Federal Reserve could be less hawkish. This weakness has been seen across the board, but some of the most pronounced selling activity was against commodity-linked currencies, such as the New Zealand and Australian dollars.

The euro fell towards $1.07/€ moving further away from a five-week high of $1.0786/€ hit on Monday, amid continuous inflation fears. Money markets are pricing in nearly 120 basis points of ECB hikes by year-end, revised upwards from 110 basis points last week, after ECB policymaker, Peter Kazimir, said he would favour a 50 basis point hike in September, following a 25 basis point hike in July. The Central Bank is expected to announce the conclusion of its large-scale asset purchases and confirm plans to raise interest rates in July when it meets next week.

The British pound weakened to $1.26/£ but still remained well above a two-year low of $1.216/£ reached on 13 May 2022. Investors continue to weigh prospects of higher interest rates against expectations of economic slowdown or even recession risk later in the year, amid a rising cost of living. Markets are pricing in 138 basis points in rate hikes by the Bank of England by year-end, as inflation reaches 40-year highs and is expected to hit double digits in the third quarter. Earlier this week, the sterling was supported by optimism that the new Cost of Living Support Package will help boost consumer spending. The package includes a new temporary Energy Profits Levy on oil and gas firms, expected to raise around £5 billion over the next year. Currency markets will also remain closed on Friday for the Queen’s Jubilee.

The South African rand traded mostly around the R15.50/$ mark, supported by an upbeat ABSA Manufacturing Survey pointing to recovery from April’s devastating floods. At the same time, higher prices of some precious metals such as platinum and palladium, alongside expectations of further tightening by the South African Reserve Bank helped to support the currency. The rand is currently trading rangebound, but inflation concerns and persistent domestic electricity constraints have limited further gains.