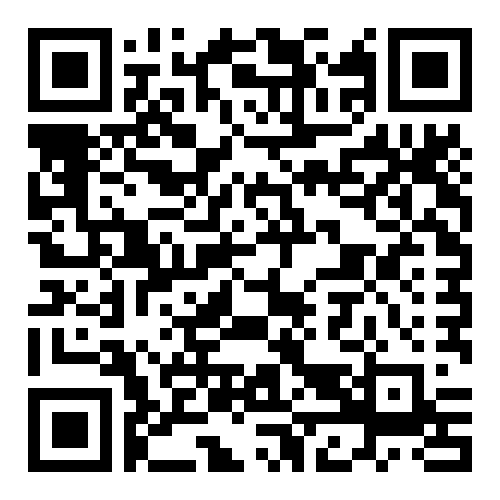 The Russian-Ukraine war has been in the headlines for weeks now, with phrases such as “supply chain disruptions” and “energy crunch” often being thrown into the mix. But what exactly has the effect of the war been on the global economy?

When one country launches a missile, the impact is felt across the globe

When we think about war, and the subsequent crises – both humanitarian and financial – one tends to picture the turmoil on the ground in the war struck area. The effects are, however, much wider spread, because globalisation has entwined countries and communities.

In recent weeks, we have all become familiar with the fact that we will globally experience lower economic growth and higher levels of inflation, which in itself can very quickly lead to a humanitarian crisis beyond the borders of Ukraine and Russia. A release by the International Monetary Fund noted three main channels of the impact of the war. The first is that higher prices for commodities, including food and energy, will push inflation up further and, in turn, erode the value of consumer incomes and weigh on demand.

Secondly, the impact on neighbouring economies, in particular, will grapple with disrupted trade, supply chains, and remittances, as well as an historic surge in refugee flows. Finally, reduced business confidence and higher investor uncertainty will weigh on asset prices, tightening financial conditions and potentially spurring capital outflows from emerging markets.

Emerging markets with high levels of poverty and unemployment will be hit the hardest , with many analysts concerned over potential violent outbreaks as access to basic goods become harder to attain. Sub-Saharan Africa imports 85% of its wheat – a staple for many households – of which a third is sourced from the Russia-Ukraine region. The increase in the prices for basic goods will then have a ripple effect on food security in the region. Wheat has seen a massive 50% increase in price, year-on-year, while palm oil – often used in certain foods and toiletries – has soared by close to 80%, cooking oil, across the globe, has also seen a steep increase, as the price of canola skyrocketed by 36% year-on-year.

Regions like Sub-Saharan Africa, also have little room for policy makers to manoeuvre, with fiscal constraints already a concern on the back of the pandemic, along with other structural constraints. Metrics for many of these countries will only worsen, with fiscal debt likely to rise even further as these countries try to claw their way out of economic turmoil. Every country will be affected, but not every country will be affected equally, which brings us to the age-old scenario of  “those who have and those who don’t”. We will start seeing the need for countries that have to provide aid to those that don’t, to ensure the overall sustainability of all economies.

The South African composite leading business cycle indicator edged down by 0.1% from February, following a 1% gain in the previous month. It was weighed down by six of the ten metrics used to measure it. Downward pressure resulted mostly from a drop in the number of residential building plans approved and slower growth in the six-month smoothed growth rate of new job advertisement space. The downturn was limited by an increase in the United States (US) dollar-denominated export commodity price index and a widening interest rate spread.

Meanwhile, producer prices in South Africa rose 11.9% year-on-year in March, accelerating from a 10.5% increase in the previous month and above market expectations of 10.8%. It was the highest producer inflation number since comparable records began in 2013, mainly due to the price increases of petroleum, chemical, rubber and plastic products; food products, beverages and tobacco products;  metals, machinery, equipment and computing equipment.

UK car production declined 33.4% year-on-year in March, as production volumes remained constrained by the ongoing global shortage of semiconductors and other components. The latest figures also marked March as the weakest month since the financial crisis in 2009, and was primarily driven by a 41.4% decrease in production for overseas markets. Exports to the US saw the greatest decrease during March, dropping by 63.8% year-on-year, largely due to the closure of a major plant in Swindon in July 2021 which manufactured for the US market, while exports to the European Union (EU) declined by 24.5%.

The UK Business Confidence Index’s quarterly gauge of manufacturing optimism dropped to -34 in the second quarter of 2022, down from -9 in the previous three-month period. It was the lowest measure of morale since April 2020, as growth in manufacturing output and new orders slowed, while costs and selling prices grew at their fastest paces in over 40 years. Investment intentions weakened notably, but employment growth improved and is expected to pick up further next quarter.

New orders for US manufactured durable goods increased 0.8%  month-on-month in March, recovering from a downwardly revised 1.7% drop in the previous month but below market expectations of a 1% gain.

Chinese industrial profits increased by 8.5% year-on-year to CNY 19.56 trillion ($2.96 trillion) in January to March 2022, compared with a 5% rise in the first two months of the year. Profits grew both at state-owned industrial firms, which were up 19.5%, and private-sector which saw a 3.2% increase. These increased profits were recorded despite production challenges due to COVID-19 outbreaks and the Ukraine war.

Earnings continue to set the tone

The UK based FTSE 100 gained for a third consecutive session on Thursday, in line with its European peers, as investors focused on a fresh batch of earnings against increasing headwinds to global growth. On the earnings side, UK bank, Barclays, first-quarter net profits stood at £1.4 billion ($1.74 billion), more than double the amount markets expected. Barclays, however, noted that it had postponed a share buyback program due to a trading error in the US, which it expects to cost the company £450 million. Meanwhile, first quarter pre-tax profits of £1.5 billion from Standard Chartered also beat analyst forecasts of £1 billion, outperforming rival bank, HSBC, as growth in trading income and transaction banking more than offset volatility in its Asian markets.

The FTSE/JSE All Share Index traded higher on Thursday, extending its rebound. The gain is underscored by optimism from corporate earnings, even as risks loom. Gains originated from mining and individual stocks, with South African media giant, Naspers, advancing almost 3%. On the earnings front, the country’s largest pharma group, Clicks, raised its half year dividend by 26.3% to R1.80 per share, after first-half headline earnings showed a 24.3% jump from a year earlier.

Oil prices continued to see-saw, as volatility continued on Thursday. Brent Crude futures traded around $106 per barrel, as investors evaluated the uncertainties around the Covid situation in top importer, China, against tight global supply. Chinese state media reported on Wednesday that the Chinese city of Hangzhou, an e-commerce hub and home to 12.2 million people, will conduct mass Covid testing from 28 April 2022. Meanwhile, Russian energy giant, Gazprom, on Wednesday halted gas supplies to Bulgaria and Poland after the EU-member countries refused to pay gas imports in rubles, escalating an energy crisis in Europe at a time the EU is considering a ban on Russian crude.

Gold prices dipped below $1 880 a fine ounce on Thursday, hitting its lowest level in over two months, as the dollar continued to gain. Analysts suggested that recent currency moves indicated a flight to safety, out of other currencies, into the US dollar, while putting downward pressure on bullion prices.

Energy prices eased somewhat on Thursday, seeing a dip of 6.6% in Dutch TTF Gas and 14.8% in UK Gas. These prices, even following the dip, are still 339% and 122% higher respectively than a year ago.

The euro weakened toward $1.05 against a dollar, reaching a five-year low, as investors digest the prospect that the European Central Bank, faced with slowing economic growth and surging inflation due to the war in Ukraine, will not be able to raise the borrowing cost as fast as the US Federal Reserve. Meanwhile, ongoing uncertainty around the war and energy supply concerns also weighed on the currency.

The dollar index soared to its highest level since January 2017, fuelled by the expectations that the Federal Reserve will be more hawkish than its global peers. Growth uncertainty on the back of lockdowns in China, high levels of inflation, and the Ukraine war also increased the demand for safe haven assets such as the dollar.

The British pound came under pressure on Thursday, depreciating to $1.275, its lowest level since September 2020. The currency was dragged down by poor economic data and expectations of a less hawkish Bank of England. Money markets are currently pricing in around 150 basis points of additional Bank of England (BoE) rate hikes by year-end, down from the anticipated 160 bps last Friday. BoE Governor, Andrew Bailey, warned last week about the risks of a possible recession and a slowdown in the labour market.

The South African rand continued its losing streak against the dollar, touching on the R16.00 mark during early trade on Thursday. The currency suffered sharp losses over the past week, as floods in KwaZulu-Natal hampers South Africa’s export capacity, and loadshedding continues to raise concerns over economic growth. In addition, the stronger dollar, on the back of  hawkish Fed, increased the pressure on the local currency.