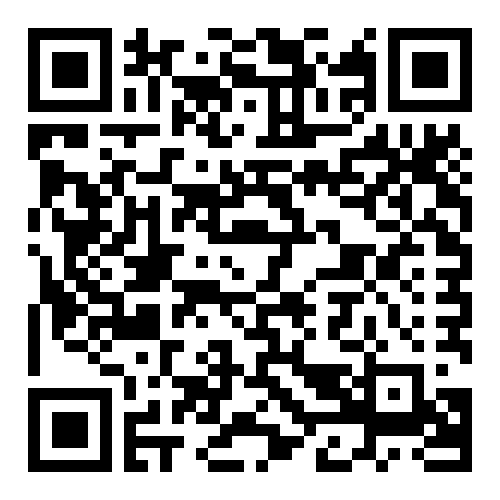 With geopolitical tension at a high, and threats of nuclear action by Russia, the last thing the world needs now, is for yet another country to jump on the nuclear-threat bandwagon. North Korea, however, defied the West, yet again, by testing intercontinental ballistic missiles (ICBM) on Thursday.

It seems like not too long ago, the US was at loggerheads with North Korea for testing missiles that the West deems a threat to global stability and peace. On Thursday, however, Japanese officials reported that a missile, fired by North Korea, landed in Japanese waters. While North Korea has engaged in a number of missile tests over the past few weeks – which Pyongyang has claimed were satellite launches – the missile tested on Thursday, appeared to be a newer and more advanced version of the ICBM fired in 2017. The new missile reached an altitude of 6200 km, on its 71 minute flight and ultimately landed in the ocean, 1100 km away from its launch site, according to Japanese reports.

With war raging in the Ukraine, the test by North Korea has been deemed as a major escalation of aggression by North Korea. The launch was condemned by North Korea’s neighbouring countries as well as the US. South Korea responded to the missile testing, by firing some of their own missiles from land, sea and air, as a demonstration of their readiness to respond to any military action by its neighbour, while the US condemned the North for their gross violation of United Nation (UN) Security Council resolutions. The UN prohibits North Korea from testing ballistic missiles and nuclear weapons, and an agreement reached in 2018 between then US President Trump and Supreme Leader of North Korea, Kim Jong-un, saw a halt of long range ballistic missile testing. In 2020 however, Kim announced that he is no longer bound by the agreement reached with Trump.

On Thursday, Professor Leif Eric Easley from the Ewha University of Seoul told British news agency, the BBC, “The Kim regime is determined not only to keep South Korea hostage to military threats that can evade Seoul’s missile defences and pre-emptive strike capabilities, but also aims to expand its nuclear reach over the American homeland to deter Washington from coming to the defence of US allies.”

While one might wonder what the end game is for North Korea, many military analysts argue that North Korea’s aim is to develop its military technology to such a level that it can evade missile defences used by the West, with Professor Kim Dong Yup, a former South Korean naval commander, stating that the ultimate goal for Kim is to “debilitate the enemy’s missile defence system”. Defenders of North Korea, however, argue that the country’s goal is to defend itself from enemy missile attacks, with a “scorpion tail” approach where missiles are used mainly for defence, but when confronted it will strike and kill. The most sinister of the views is that North Korea wishes to leverage their military capabilities to negotiate a deal with the West, that will see a withdrawal of US troops and the lifting of UN sanctions, and that the missile launches are merely a showcase to attract the attention of relevant parties.

For now, the rest of the world is occupied with the crisis in the Ukraine, and little attention is being paid to North Korea. Although the breach of the UN Security Council resolutions could see even more sanctions come into play. US President, Joe Biden, seemingly has very little interest in engaging with a “dictator” on any level. The only question now is, how far will North Korea go to attract the attention they desire?

The South African Reserve Bank (SARB) raised its benchmark repo rate by another 25 basis points to 4.25% on Thursday, following the March Monetary Policy Committee meeting. The hike was in line with market expectations. This marks the third consecutive hike by the SARB and was due to increased inflation risks stemming from the war in Ukraine. Policymakers said that the overall risks to the medium-term growth outlook are considered to be balanced, while the risks to the inflation outlook are assessed to the upside. Headline consumer price index (CPI) forecast has been revised sharply higher to 5.8% in 2022 compared to the 4.9% forecasted in January, and to 4.6% in 2023, slightly higher than the 4.5% previously forecasted. Meanwhile, the GDP growth projections were raised to 2% in 2022 from an earlier estimate of 1.7%, and to 1.9% in 2023.

The annual inflation rate in the United Kingdom (UK) increased to 6.2% in February from 5.5% in January, which is above market forecasts of 5.9%. It is the UK’s highest inflation rate since March of 1992. The rising cost of energy and food are the main drivers of UK inflation and continue to put a squeeze on living standards.

The S&P Global Eurozone Composite Purchasing Managers Index (PMI) fell to 54.5 in March from 55.5 in February. The economic impact of a war in Ukraine has offset the stronger demand for services. The region’s manufacturing expanded at its slowest rate in 14-months, due to supply bottlenecks, a drop in export demand, and a surge in costs for parts and raw materials, on the back of the ongoing war in Ukraine. Meanwhile, growth in the services sector only slowed slightly, as easing Coronavirus-induced restrictions boosted the tourism and recreation sector. In addition, business confidence declined to its lowest level in nearly a year and a half, as companies are becoming increasingly more concerned about the global economic outlook.

New orders for US manufactured durable goods fell 2.2% month-on-month in February, its sharpest drop since April 2020, following a 1.6% gain in January, surpassing market expectations of a 0.5% decline. Meanwhile, the US initial jobless claims for unemployment benefits fell to 187 000 in the week ended 19 March, much lower than the expected 212 000. It was the lowest level for initial claims since September 1969, as demand for workers overshot supply and employers try to retain as many workers as possible.

All three major US stock indices opened Thursday’s session on a positive note, as investors digested a slurry of economic data, while keeping a close eye on the ongoing conflict in Ukraine and weighing the Federal Reserve’s tightening cycle amidst persistent inflation. On the corporate side, e-hailing service, Uber, gained about 3%, after the company announced a deal to list all New York City taxis on its app.

The UK based FTSE 100 edged up towards one-month highs on Thursday – close to completely recovering all its recent losses triggered by Russia’s invasion of Ukraine a month ago – as investors digested PMI readings and awaited the outcomes from meetings of NATO, G-7 leaders, and the European Council later in the session. Clothing retailer, Next Plc, dipped 1.2%, after lowering its profit and sales forecasts, citing inflation and the war in Ukraine, but reported record high earnings per share of 530.8 pence for the year ending January 2022, with earnings being boosted by online and retail sales.

With no end to the Ukraine-Russian war in sight, European stocks were mixed on Thursday, as the latest PMI surveys revealed a gloomy outlook amid worrying inflationary pressures and material shortages, which are expected to feed through to consumer prices in the coming months. Meanwhile, traders cautiously await the outcome of meetings attended by NATO, G-7 leaders and the European Council. On the earnings front, Mercedes Group’s truck unit, Daimler Truck, said it reached its 2021 financial year revenues and profit targets, despite headwinds from a global chip shortage, and expects to see higher results this year. Germany’s DAX slipped 0.5%, closely followed by the pan-European STOXX 600, which fell 0.4%.

The South African JSE FTSE All Share index was trading slightly higher on Thursday afternoon, lifted by commodity-linked sectors and the 25 basis point interest rate hike by the SARB.

Brent crude futures see-sawed between red and green, to trade around $121 a barrel on Thursday, following a 5% jump in the previous session. Volatility is set to continue as traders assess the outlook for supply and demand, with the war in Ukraine remaining in the spotlight. The US national security advisor, Jake Sullivan, said that an agreement between the European Union (EU) and the US, to ensure supplies of natural gas, could be announced as soon as Friday. Bloomberg reported, however that a European oil embargo on Russia seems unlikely. Investors also weighed progress in numerous other key aspects such as the Iran nuclear deal talks, a halt in Kazakhstan’s Caspian Pipeline Consortium terminal due to storm damage, China’s worst Coronavirus outbreak so far, and lower-than-expected US crude inventories.

The gold price held on to its gains, advancing to around $1 940 an ounce on Thursday, following a 1% jump in the previous session, ahead of President Biden’s meeting with NATO. The war and ensuing sanctions drove commodity prices and inflation higher, prompting investors to hedge their portfolios with the save-haven asset.

Extreme volatility remains in the nickel market, with the London Metals Exchange benchmark surging by the allowed 15% exchange limit for the second straight day. Nickel futures are now changing hands around the $37 000-per-tonne level, having topped the $100 000 mark earlier this month, amid a vicious short squeeze. China’s Tsingshan Holding Group, one of the world’s top producers, bought large amounts of nickel to hedge its short bets on the metal, driving up prices. Aside from the chaotic price action seen in the last couple of days, fundamentals in the nickel complex continue to be supported by Western sanctions against Russia, which sparked concerns over nickel supply.

The US Dollar Index held above 98.8 on Thursday, inching toward its highest level in nearly two years, after Federal Reserve (Fed) officials indicated readiness to take more aggressive action to bring inflation under control. San Francisco Fed President, Mary Daly, noted for being more cautious about policy tightening, said that she supports a bigger rate hike to combat inflation given the strong labour market. This followed similar remarks from her colleagues, including from Fed Chair, Jerome Powell, who opened the door for raising rates by more than 25 basis points at upcoming policy meetings. Meanwhile, the dollar was also buoyed ahead of President Biden’s meeting with NATO allies where he is expected to announce additional sanctions against Russia.

The Euro traded mostly sideways around the $1.10 level over the last week, close to its lowest level since May 2020. General dollar strength, following the comments from the Fed Chair, which signalled a 50 basis point rate hike in May, prompted a rush to the dollar. During the week, Bloomberg also reported that the odds are rising that the European Central Bank will raise interest rates this year, with money markets pricing two quarter-point hikes in 2022.

The British pound depreciated to $1.32 from a three-week high of $1.33 after the Office for Budget Responsibility announced on Wednesday that net tax cuts offset only a sixth of the tax rises introduced since Rishi Sunak became Chancellor of the Exchequer in February 2020. Sunak announced a £6-billion tax cut for workers, slashed fuel duty, and signalled a future reduction in income tax. The UK government’s fiscal watchdog estimates that inflation will hit a 40-year high of 8.7% this year, giving living standards their tightest squeeze on record. Markets are raising bets that the Bank of England will further hike interest rates in the coming months.

The rand rallied to its highest level since 21 October 2021, after the SARB raised interest rates by a further 25 basis points to 4.25% and signalled gradual normalisation of the monetary policy through to 2024. Policymakers revised inflation forecasts sharply higher for 2022, citing inflation risks linked to the war but also upgraded growth projections for 2022 and 2023, amid higher commodity prices. While risks in relation to a hawkish Fed and uncertainty around ongoing ceasefire talks between Russia and Ukraine remain, the rand remains resilient amid boisterous commodity prices. However, concerns about domestic structural weaknesses persists, with recurrent power cuts weighing on the country’s economic outlook. It is expected that the current risk rally, with the rand trading at sub R15.00/$ levels will not last too long.