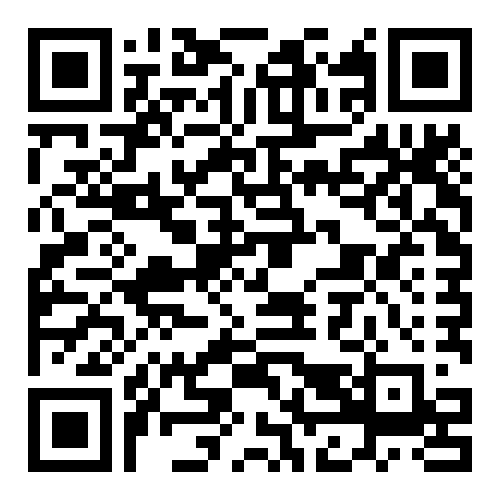 It is no secret that energy costs have been on the rise globally. With the economic threat being intensified by the Russian-Ukraine war, this week the focus fell on how governments aim to intervene in the rising fuel costs, as the livelihoods of millions are being threatened.

US, South Africa, Brazil, France And many more seek interventions

These interventions highlight the political and economic risks that governments face as a result of the current soaring energy-price dilemma. While the war in Ukraine has certainly added to their woes, the rapid increase in demand for energy resources, since the reopening of economies following the pandemic, initially set price increases in motion.

During an interview with Reuters, oil markets analyst, Livia Gallarati, stated that the risks of energy rationing, and ultimately economic recessions, are growing by the day. In recent years, rising fuel costs have caused violent protests in many countries, including Iran, Zimbabwe and Kazakhstan, highlighting the growing risk of civilian unrest across a number of nations, should fuel prices continue to rise.

With bans imposed on the import of Russian oil – the world’s largest producer of the liquid gold – by the US and many other countries who have committed to phasing out the use of Russian oil, analysts now predict that oil prices could rise to over $185 per barrel.

Governments, however, are taking different approaches to combatting this price pandemic, with the US looking to release up to 180 million barrels of emergency inventories, the biggest stockpile release on record. This boost in supply, should theoretically, result in a drop in oil prices. The question is, however, for how long?

Other countries are also looking at ways to help their citizens, South Africa’s Parliament Portfolio Committee on Mineral Resources and Energy, for example, has recommended that the government introduce a ‘tax holiday’ or exemption on the country’s fuel products for a limited period, as taxes and levies make up a significant portion of the fuel price in South Africa. Ireland announced on Wednesday, that they will cut the excise duty on both petrol and diesel until end of August, while Portugal will also do away with a special tax levied on fuel, as of 1 April. Meanwhile, countries like France and Brazil all still weighing up their options, as they look for ways to mitigate the impact on consumers.

South Africa’s unemployment rate climbed to 35.3% in the fourth quarter of 2021, up from 34.9% in the previous period. It is the highest jobless rate since comparable data began in 2008. The number of unemployed persons increased to 7.9 million, while the number of people in formal employment increased to 14.5 million. The labour force (people eligible to work), however, expanded by 540 000 to 22.5 million. Job losses were primarily observed in manufacturing and construction. The youth unemployment rate, measuring job-seekers between 15 and 24 years old, was unchanged at a record high of 66.5%.

According to the number of job openings in the United States little changed from an upwardly revised 11.283 million in January and the number of job openings were in line with market expectations of 11 million. The number of available jobs remained near a record high of 11.448 million set in December, as companies continued to struggle to find scarce workers. The US economy expanded at an annualised 6.9% quarter-on-quarter in the last three months of 2021.

The economic sentiment indicator in the eurozone dropped by 5.4 points from the previous month to 108.5, in March, below market expectations of 109. It was the lowest reading since March 2021, mainly due to plummeting consumer confidence.

The British economy expanded 1.3% quarter-on-quarter in the last three months of 2021, stronger than initial estimates of 1%. Service industries expanded more quickly than initially expected, while exports also increased more than anticipated. The largest contributors to growth were human health and social work activities, driven by increased general practitioner doctors’ visits at the start of the quarter, a large increase in coronavirus testing and tracing activities, and the extension of the vaccination programme. The UK’s GDP is now 0.1% below its pre-COVID-19 level in the fourth quarter of  2019. Overall, in 2021, the British economy advanced 7.4%, slightly below than initial estimates of 7.5%. The rebound followed a 9.3% contraction in 2020.

US Exchange on track for quarterly loss

US futures were little changed on Thursday, with energy shares under pressure during pre-market hours amid a fall in oil prices, as the Biden administration pledged to make a huge reserve release. At the same time, traders continue to follow the Russia-Ukraine ceasefire talks and reassess the outlook for inflation and the direction of US monetary policy. Over the month of March, the S&P 500 and Nasdaq were up about 5% each, while the Dow was nearly 4% higher. Taking a look at the last quarter, however, the three main exchanges are on track to book their first quarterly loss in two years.

The FTSE 100 posted small losses on Thursday, slightly below a six-week high reached during the previous session, as traders digested weaker crude oil futures and upbeat economic data. Major oil & gas stocks, BP and Shell, traded down by 1.9% and 0.4% respectively, while British publisher, Pearson plc, climbed 1.4% after Apollo Global Management gave up its unwelcome bid to buy the company.

European stock indices faltered soon after opening on Thursday, with both Germany’s DAX and the pan-European STOXX 600 trimming early gains to trade softer. Growth concerns emerged yet again, despite some relief from a drop in oil prices. Among sectors, losses were steeper in energy, auto and retailers. On a monthly basis, the STOXX 600 headed for a 4% gain and the DAX eyed a 5% rise.

Locally, the JSE FTSE All Share index was down 0.5% on Thursday, tugged by commodity-linked sectors as the prices of precious metals and oil fell. While investors have their eyes on developments in Ukraine, there was news that South Africa’s Department of Water and Sanitation plans to submit a bill to the cabinet by the end of April that sets out proposals for the creation of the National Water Resources Agency to help attract private investment to help build the infrastructure needed to avoid potentially crippling water shortages.

West Texas Intermediate (WTI) crude futures dropped more than 5%, to below $102 per barrel, on Thursday, following reports that the Biden administration is considering a plan to release around one million barrels of oil per day for about six months from US reserves. Meanwhile, the expanded Organisation for Petroleum Exporting Countries, OPEC+, agreed to raise its output targets by 432 000 barrels per day, as of 1 May, as expected. The move comes as US crude stocks fell by 3.4 million barrels last week, a much bigger drop than the one-million-barrel drop forecast. US crude prices are heading for a fourth consecutive month of gains, having hit their highest levels since 2008, at almost $126.42 per barrel, on 7 March, as demand recovery from the pandemic gathers pace and the war in Ukraine further squeezes an already tight market.

Gold hovered near $1 930 an ounce on Thursday, making its way towards a quarterly gain of over 5%, the most since the three months to September 2020, as the Russia-Ukraine conflict has boosted Bullion’s safe-haven appeal. Analysts have suggested that aggressive bets for a faster pace of US Federal Reserve (the Fed) tightening may have been scaled back, as markets have already priced in bigger rate hikes, and fears of a possible recession have added uncertainties to the economic outlook.

Newcastle coal futures fell to below $300 per tonne, as demand in China eased and prices of other energy commodities moderated. The latest coronavirus-induced restrictions in China, particularly in Shanghai and Tangshan, hurt demand and led to increased inventories at mines. Still, coal prices have almost doubled since the beginning of 2022, while gaining 170% year-on-year, fuelled by supply constraints in the energy market due to the Russia-Ukraine war, floods in Australia, and a partial ban of exports from Indonesia.

The US Dollar Index held below 98 on Thursday after sliding in the past two sessions, as reports of progress in peace talks between Russia and Ukraine prompted a sharp gain for the euro while dampening the greenback’s safe-haven appeal. Investors now await critical US economic data, including the March jobs report on Friday, to gauge the direction of monetary policy. Markets have been recalibrating the increased possibility of a 50 basis point rate hike in May, following hawkish comments from several policymakers last week on the back of runaway inflation.

The euro strengthened to its highest level against the dollar in a month, breaking above $1.116 amid hopes of progress in Russia-Ukraine peace talks and expectations of higher interest rates. Russia’s deputy defence minister, Alexander Fomin, claimed that Moscow decided to cut back its military activity near Kyiv in a bid to aid peace talks. These remarks came after Ukraine President, Volodymyr Zelenskyy, reiterated that his country is prepared to adopt a neutral status as part of a peace deal with Russia. In addition, roaring inflation has led investors to bet that the European Central Bank will end its era of negative rates sooner than previously anticipated.

The British pound changed hands at around $1.31, its lowest level since November 2020, as investors await further clues on the UK’s next monetary policy steps. The BoE delivered its third straight rate hike in March, bringing borrowing costs to pre-pandemic levels. Policymakers warned that inflation, currently running at 30-year highs, could see inflation increase further to around 8% in the second quarter of 2022, and perhaps even higher, later this year. BoE Governor Andrew Bailey said that the shock to inflation-adjusted incomes in Britain, from rising energy prices, will be larger than any year in the 1970s.

The South African rand remained on the front foot against the greenback, trading at the R14.50 mark against the dollar, remaining near its highest levels in five months. Expectations of continued tightening of monetary policy and a better economic outlook, as outlined by the South African Reserve Bank, provided some support.