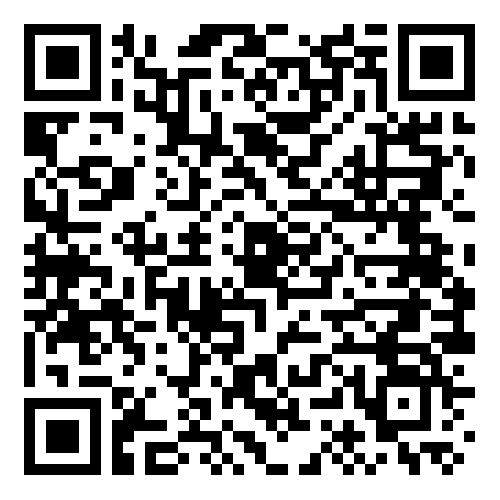 Clearing the haze: Getting to grips with legislation around cannabis, CBD and hemp in SA

There has been a haze surrounding the use of Cannabis in South Africa ever since the Constitutional Court Judgement in the Prince case in 2018.

Since 22 May 2020 amendments to the Scheduling Regulations were published in terms of which besides scheduling certain CBD medicinal products as Schedule 4, low CBD strength products were rescheduled as Schedule 0.

Currently the Cannabis for Private Purposes Bill is awaiting enactment.  The Bill deals with personal private use of cannabis only.  It falls under Department of Justice and Correctional Services and deals mainly with penalties and offences relating trafficable amounts, commercial amounts and defined limits for personal use and possession. There is a specific exclusion of hemp in this draft.

To understand the situation the terminology must be understood.  Both Cannabis (Marijuana/dagga) and Hemp are varieties of the Cannabis Sativa species with Cannabis having a higher concentration of THC than CBD and therefore psychoactive whereas Hemp has a higher concentration of CBD than THC and therefore less psychoactive.  In the USA Hemp has a maximum of 0.3% THC whereas in South Africa this now, in 2020, appears to be 0.2% THC.  CBD or Cannabidiol is a naturally occurring non-psychoactive cannabinoid found in the Cannabis plant whereas THC or Tetrahydrocannabidiol is the main psychoactive compound/cannabinoid found in the Cannabis plant (both Cannabis and Hemp).

The Constitutional Court did not legalise Cannabis in all its forms for commercial use and, in a nutshell, merely ruled that it is not illegal for an adult to use Cannabis in private.  There is no legalisation of growing, distribution, or manufacture of Cannabis derived products by the Constitutional Court and the normal laws still apply to all of these and contravention of these laws can result in criminal prosecution and long jail sentences.

CBD is listed in Schedule 4

a. in complementary medicines containing no more than 600 mg cannabidiol per sales pack, providing a maximum daily dose of 20 mg of cannabidiol, and making a general health enhancement, health maintenance or relief of minor symptoms (low-risk) claim; or

b. processed products made from cannabis raw plant material intended for ingestion containing 0,0075 percent or less of cannabidiol where only the naturally occurring quantity of cannabinoids found in the source material are contained in the product.

Products that meet the conditions in a. or b. are now regulated as Schedule 0 which is a Schedule that includes many over the counter medicines such as aspirin and supplements such as vitamins. This scheduling means that the only CBD containing products which are allowed are those where the producers are registered as GMP- certified medicines manufacturers and the products themselves are registered as medicines (CAMS which are Schedule 0 or Schedule 4) through the South African Health Regulatory Authority (SAHPRA).

Distinction between hemp and cannabis

Thus, CBD and Cannabis may not be used in food, but what about Hemp?  Surely Hemp protein and derivatives have been sold for a long time in South Africa (usually in health shops) as food.  The difficulty is the distinction between Hemp and Cannabis and whether the Hemp is really Hemp!  In the USA it has been shown that a large proportion of Hemp and CBD supposedly derived from Hemp actually has levels of THC associated with Cannabis and in excess of the maximum permissible in the USA (and thus in South Africa even under the SAHPRA position).

Presuming that there is certainty that actual Hemp is being used with no THC and no CBD then it is arguable that it can be used in a foods as a food ingredient, such as Hemp protein, or a food additive, such as a flavouring, in terms of the FCD Act (in that it is safe and is ordinarily eaten as a foodstuff).  The matter is however complicated by a pending amendment to the Liquor Products Act Regulations which aims to prohibit the use of Hemp flavourings or nature identical Hemp flavourings or extracts or anything derived from the genus Cannabis in any liquor product!

The Cannabis for Private Purposes Bill and the Hemp Bill which must follow, only deals with personal private use of cannabis.  The Cannabis for Private Purposes, as the name says, prohibits ALL commercial use and deals mainly with penalties and offences relating trafficable amounts, commercial amounts and defined limits for personal use and possession.   This is still draft legislation but it seems it will in no way clarify commercial legality requirements other than the amounts considered as a criminal offence.  Commercial quantity offences are punishable with the highest class of offence of a fine or imprisonment of up to 15 YEARS in terms of the draft.

There is a specific exclusion of hemp in this draft and a separate Hemp Bill must follow in due course.

Under all circumstances, a cultivation license is required in order to actually grow the cannabis or hemp prior to creating a product.  This should be the first priority before starting a hemp or cannabis business.  SAHPRA communication to stakeholders after the release of the R586 amendment of the schedules under the Medicines and Related Substances Act (hereafter referred toas the MRS Act) highlighted this as a requirement.  In South Africa, only 16 cultivation licenses have been issued and can be found on SAHPRA’s website.

Thus, the haze can be partially lifted on the subject of the commercial use of Cannabis and CBD but there are still areas, especially surrounding the use of Hemp and derivatives as a food ingredient.  It is clear that government has no intention of legalising commercial trade in THC containing consumables and high potency CBD products, other than those regulated as medicines.

NOTE: This article provides an update to an earlier article with a similar title after the 2019 Regulations were published and updated with the 2020 Regulations, and now awaits the Cannabis for Private Purposes Act to be enacted.