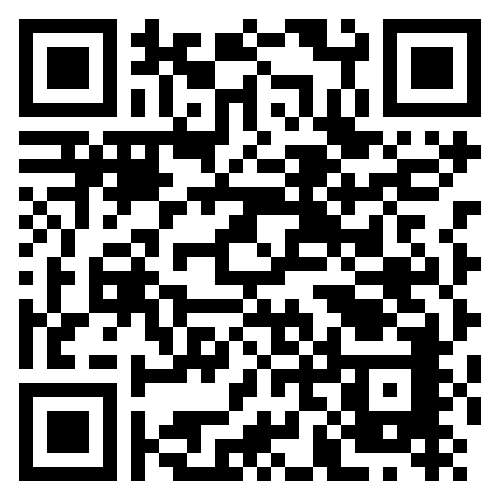 Decorex showcases changing role of kitchen in the home 2015’s biggest kitchen trends, not to mention the very latest state-of-the-art kitchen products and appliances, will be on show at this year’s edition of Decorex SA, the country’s three-part exhibition showcase of South Africa’s foremost décor and design talent.

Trade registration for Decorex Durban and Cape Town is now open at www.decorex.co.za. Registration entitles all members of the décor, design and architectural trades to complimentary access to Decorex. Look out for the ‘Franke Make it Wonderful Kitchen Trends’ update at Decorex Cape Town in April and Decorex Joburg in August. Endorsed by the Kitchen Specialists Association of South Africa (KSA), the expo’s must-see feature will have each province’s top kitchen manufacturers creating four very unique kitchens, each fitted with products from Franke’s award-winning range. The stands will be judged by a panel of experts and the creator of the winning kitchen design at each show will receive a phenomenal R10 000 worth of Franke products.

“What Decorex and 100% Design South Africa continue to show us is that South Africa has immense talent capable of setting standards on a global design platform,” says Sian Steyn, General Manager of Decorex SA. “This collaboration with Franke Kitchen Systems encourages local kitchen designers to flaunt their skill, and ‘make it wonderful’ in the process.”

Franke SA’s National Sales Manager, Clinton Soutter, explains further: “The ‘Make it Wonderful’ slogan essentially refers to the founding principle of the Franke brand. By ‘wonderful’, we’re talking about that magic element that turns the everyday into the extraordinary, and, in the kitchen, that special ingredient that turns work into play; a house into a home.”

Stephanie Forbes, National Manager of the Kitchen Specialists Association (KSA) said the KSA was excited to be working with Franke and Decorex SA on this project.

“As the only industry body that exists to support the kitchen industry, the KSA has always prided itself in having members that strive for the best quality and service. Now, as part of the ‘Franke Make it Wonderful’ project, they will get the opportunity to truly push the boundaries of design. It is vital to the KSA that our name is recognisable to consumers as a mark of professionalism, safety and recourse and by endorsing a project like this we not only heighten consumer awareness about the KSA, and what we do, but also support the industry as they strive to showcase exactly what the South African kitchen industry is capable of.” One of the biggest trends in kitchen design over recent years has been the shift from pure utilitarian workspace to social living room and this essential aspect of all our lifestyles will form an important part of the ‘Franke Make it Wonderful Kitchen Trends’ feature.

“Kitchens have become the focal point of the home where family and friends gather, not just to cook and clean but also to interact and entertain,” says Carlo Di Pietro of Crestwood in Hillcrest, winner of the Best Kitchen & Bathroom Stand at Decorex 2013 and one of the four participant manufacturers in the ‘Franke Make it Wonderful Kitchen Trends’ feature at Decorex Durban this year.

According to Di Pietro, “Ninety percent of new home designs include open-plan kitchens, which means the kitchen space becomes part of the overall look and feel of a home, part of the décor so to speak.”

Four hard-hitting kitchen trends will be the focus of the designer kitchen feature. Says Soutter: “With living space at a premium nowadays, compact kitchens are an increasing reality, presenting the challenge of creating functional yet beautiful small work places fitted with hardworking multifunctional tools. The key here is to not to allow space constrictions to limit the possibilities of design and, instead, to create kitchens in which performance and aesthetics are in perfect harmony.”

Add to smart design, versatile ergonomics, continues Soutter: “Another major trend is the current focus on efficiency, where every area within in the kitchen – and every product in it – is maximised to the full. Take the crucial positioning of the sink and cooking appliances, for instance – these are the most utilised areas in the kitchen, yet, all too often, are neglected in the design. Good ergonomics is about creating a seamless flow from one workspace to the next, and, indeed, a seamless flow between the kitchen itself and the rest of the house.” Greening is another of the big themes: “Think recycled materials and earth-friendly products, and plenty of natural light, with the aim of literally bringing the garden into the kitchen,” hints Soutter.

And, in line with eco-chic design, expect an emphasis on timber in natural, earthy tones, textures and finishes. “Authenticity is the abiding theme here,” Soutter explains, adding that the intended look is warm and inviting on the one hand, and deeply personal on the other.” That said, Soutter is quick to point out that a return to nature by no means signals a disregard for the conveniences of modern-day living. “Technology plays a key role in our lives and its entry into our kitchens continues unabated,” he maintains.

While excited about participating in the ‘Franke Make it Wonderful Kitchen Trends’, Crestwood’s Di Pietro (no doubt with his eyes on that R10 000 Franke-product prize!) is playing his cards close to his chest. What he will reveal about his intended installation, however, is that visitors to Decorex Durban 2015 can expect a broadening of palette and materials in what has traditionally being a fairly monochromatic space: “There’s a definite move towards the use of more than just two or three colours and materials in today’s kitchen designs,” he says. “Mixing up the various elements adds textural interest and, ultimately, lends a more enduring, timeless appeal.”

Decorex Durban forms part of the Decorex SA portfolio and is owned by the Thebe Reed Exhibitions.