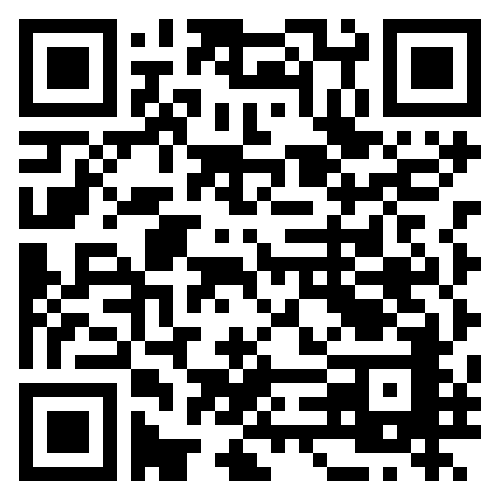 “The rand fell sharply when news broke that Finance Minister Pravin Gordhan had been summoned to appear in court in November. He faces a fraud charge for what the CEO Initiative has termed ‘essentially an administrative and human resource matter’ for his role in granting former SARS deputy commissioner early retirement.

“Gordhan is due to present the Medium Term Budget Policy Statement (MTBPS) or the ‘mini-budget’ on the 26th of October, but it is unclear whether he will still be in his post. The MTBPS will largely be finalised by now, and therefore the content is unlikely to change even if Gordhan was not delivering it. However, this creates uncertainty, and financial markets don’t like uncertainty.”

Not a good week for South Africans

The news came amid increasing global focus on South Africa as violent student protests spilled beyond the campuses onto the streets of central Johannesburg and elsewhere, Mohr and Odendaal write.

“Compounding the misery (at least for now) is the fact that the oil price increased to $53 per barrel, suggesting another petrol price hike next month. (This followed a record defeat of the Springboks at the hand of traditional rivals New Zealand. Apart from the top-notch performance by the Proteas, it really was a rough week for South Africans.)

“The National Prosecuting Authority’s announcement came at a time when the rand was already softer due to declines in the price of gold and platinum, two of South Africa’s major exports. The declines in precious metal prices – gold is down 7% and platinum 18% over the past two months – are in turn largely related to expectations that US interest rates will probably be hiked later this year.”

Mohr and Odendaal are of the opinion that global risk appetite was further drained by a weak start to the US corporate earnings results season and disappointing Chinese trade numbers.

“Fortunately, while the global climate appears less favourable than a month or so ago, the backdrop to the latest bout of political uncertainty is much better than in December last year when Finance Minister Nene was suddenly and inexplicably fired. ‘Nenegate’ occurred at a time when sentiment towards emerging markets was at a decade-low level; it is much better now.”

The rand was not the only volatile currency in the week ending the 14th of October. The pound continued its slide until the British prime minister accepted that her plan to exit the European Union should be put to Parliament for a vote (a vote that might not go her way).

“The renewed plunge in the pound also reminds us that in open economies, financial markets act to constrain the actions of politicians; the sharply weaker currency might still steer Theresa May away from a ‘hard’ Brexit. Similarly, the market’s reaction forced the appointment of Gordhan in the first place in December last year. In contrast, financial markets have no influence in a closed and isolated country like Zimbabwe.”

South Africa avoided ratings downgrades to junk status in May and June, but scheduled reviews in November and December loom.

“Ratings downgrade risk has been embedded in our financial markets for some time: South Africa’s credit default swaps (CDS) – instruments that investors use to insure against bond defaults and therefore measure risk – trade at the same level as sub-investment grade Turkey, Brazil and Russia,” add Mohr and Odendaal.

“The rand remains historically weak on a real trade-weighted basis. Our bond yields (and spreads over US equivalents) have been elevated for some time. Despite the 14% year-to-date rally in the All Bond Index, the 8.9% yield on the government 10-year bond is only back to where it was in early December 2015. A year before that it was at 7.5%.”

A country’s credit rating is important, they say – “and South Africa should do everything it can to avoid becoming a junk status economy.”

“To maintain our rating, the ratings agencies want to see a better economic growth outlook, reforms to sustain faster growth over time and improvements in the management of state-owned enterprises to prevent them from further draining the fiscus through bail-outs and guarantees (among other things).”

The latest developments would cast doubt on this happening.

“S&P Global, which has South Africa’s foreign currency bonds on the lowest investment grade rating (BBB-) with a negative outlook, expressed concern this week that politics could interfere with policy. But the government’s credit rating is far from the main factor in determining long-term returns for investors. Starting valuations, commodity prices, US interest rates and global risk appetite are all independent of the credit rating and will impact the extent to which your capital grows or not.”

According to Mohr and Odendaal, local politics is creating a lot of uncertainty (more so than usual).

“How does one invest in such an environment? Firstly, avoid rash and emotional decisions and remember that sometimes the media tends to sensationalise matters. Focusing on news flow and short-term market movements will only lead to regret later.

“Secondly, since the future is always uncertain, diversify appropriately. Focus on what you know, not the unknown: valuation offers a much better framework for making investment decisions than obsessing about how political scenarios will play out. Rather than seeing market volatility as a period of stress and anxiety, valuation-based investors will look at the opportunities it can offer.”

Mohr and Odendaal say valuations still favour local bonds, and they are overweight fixed income in their strategies.

“The latest bump in the rand and the oil price doesn’t meaningfully alter the expectation that inflation will decline next year and that the repo rate is close to peaking (it probably has peaked).

“The attractive current yields therefore offer the prospect of reasonable real returns. This is important since investors in balanced funds will also notice that their returns over the past year are disappointing, since the main asset classes have not delivered much. The JSE is flat over this 12-month period, partly because October 2015 was a strong month for local equities and bonds suffered heavy losses in December with the firing of Nene that are still included in the 12-month numbers. Meanwhile, the rand is only 9% weaker against the US dollar than a year ago, so the currency is not boosting offshore returns like it did during the past four years. It is therefore important to view investment returns over the appropriate time horizon.”

From a diversification point of view, Mohr and Odendaal’s strategies remain close to the 25% maximum offshore allowance, which should benefit from any sustained further depreciation in the rand.

“But remember that local equities also have a strong rand-hedge component, benefiting in general from a weaker currency (much like how the UK equity market has been flying as the pound has fallen).

“Therefore it might not be necessary to add additional rand-hedge exposure to your portfolio, even if you are worried about the impact of politics on the rand – although in reality commodity prices and global risk appetite play a far greater role.”