Entries To The 2018 Ppc Imaginarium Awards Are Open! 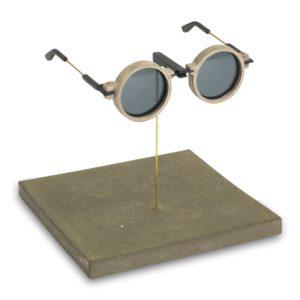 The Call for Entry for the fourth edition of the PPC Imaginarium Awards has officially opened and the competition is inviting entries for its 2018 round. The 2017 awards received an unprecedented total of 869 entries, from which 55 finalists were selected. On the back of this success, the PPC Imaginarium is encouraging emerging creatives to enter the country’s richest art and design competition, which offers R500 000 in prizes.

The winner of each of the six categories will receive a cash prize of R50 000, with runners-up walking away with R15 000 each. The overall winner will receive the grand prize of R100 000 – that’s in addition to having won their respective category prize.

The PPC Imaginarium Awards were established by PPC Ltd as a means to give emerging designers and artists the opportunity to showcase their talent and creative thinking by using Portland cement-based concrete as a primary base or material across the competition’s six disciplines, namely, Architecture, Fashion, Film, Industrial design, Jewellery and Sculpture. The competition is the most supportive of its kind in the country and has seen many of its past entrants and finalists go on to become recognised in the art and business community.

The awards are open to South African citizens, resident holders as well as foreign students with study permits, who are not professionally established in their respective fields. Artists and designers may enter multiple categories, with an original artwork for each category, and may enter over again if they entered in previous years. Entry registrations must be submitted online via the official website, www.ppcimaginarium.co.za.

It’s easy to fall into the doom-and-gloom trap of how the current pandemic will forever change the face of cities and how the very foundations of urban planning and architecture will have to adapt to a new human reality. But rather than adopting a reactive stance when it comes to…

Value management or value engineering has become standard practice worldwide, in both public and private sector developments – and for…

Value management or value engineering has become standard practice worldwide, in both public and private sector developments – and for good reason. In an increasingly competitive business environment coupled with difficult economic circumstances, projects and developments need to be carefully thought through from inception if they are to be feasible…

SABIS® International School – Runda offers a world class education to students from kindergarten to Grade 12 within a vibrant,…

SABIS® International School – Runda offers a world class education to students from kindergarten to Grade 12 within a vibrant, multicultural community that is committed to academic excellence. Construction on the state-of-the-art campus, which gives students the space to learn, grow and discover their talents, started in June 2016 and…

The V&A Waterfront this month achieved another sustainability accolade when the Green Buildings Council of South Africa (GBCSA) handed over a plaque recognising the sustainable development of the Silo District’s No. 6 Silo building. The building, which now houses the new-concept 252 room Radisson RED Hotel, won the award for…