Jochen Zeitz will tackle the economic and business side of sustainability

The Green Building Convention 2015 kicked off in the mother city yesterday – here is what guests can look forward to.

The premier event on the sustainability industry’s calendar, this year’s Convention takes place on 2-6 November 2015, opening with three days of master classes, insider property tours and an emphasis on sustainability initiatives in action.

“Sustainability draws interest from a diverse range of professions and sectors,” says Brian Wilkinson, CEO of the Green Building Council of SA (GBCSA).

“The Convention brings together all of those to share insights, knowledge and inspiring stories.”

Keynotes and round tables kick off on Day 4 (Thursday 04 November) with an address by award-winning businessman, author and passionate environmental advocate Jochen Zeitz. He will tackle the economic and business side of sustainability. 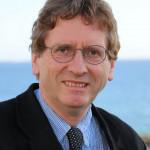 As Chairman of the Kering board’s sustainable development committee; former CEO of PUMA; and founder of the Zeitz Foundation for Intercultural Ecosphere Safety, Zeitz is also widely lauded for developing the Environmental Profit and Loss Account, a model for addressing sustainability goals as part of the corporate bottom-line.

“The Naked Scientists have reached audiences across the world,” says Wilkinson, pointing out that podcasts by the group have been downloaded more than 40 million times over the past five years.

The radio shows cover not only scientific but also business and social perspectives on sustainability. Smith is well-known for explaining complicated scientific phenomenon in simple, easy to understand ways, with topics ranging from the science of climate change to why and how your productivity would be affected by natural light.

Former Greenpeace activist and chemist Professor Michael Braungart will talk about how, as a society, we can re-think industrial production in a way that is positive instead of negative in terms of sustainability.

As founder and scientific CEO of the Hamburg-based consulting firm, Environmental Protection and Encouragement Agency (EPEA) Internationale Umweltforschung, Braungart will go a step further and talk about achieving sustainable abundance in production. He has authored notable books on his pioneering concepts, including, Cradle to Cradle: Remaking the way we make things; and, Beyond Sustainability: Designing for Abundance. 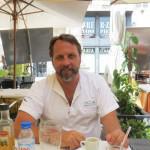 Another heavyweight keynote speaker in the line-up for the GBCSA Convention is Donald Thompson, an architect and founder of The Center for Regenerative Design and Collaboration (CRDC).

Thompson is a real innovator and is noted for his commitment to changing the face of construction in Costa Rica and his contribution to conservation. He is the designer of the patented AGUA “Bottle to Tile” Out Cycling project, and consults to the Costa Rican Government and various multinational corporations. Thompson’s talk at the Convention is titled “Outcycling: Turning vicious cycles to virtuous ones”.

The Convention programme ensures ample opportunity for delegates to network, both formally and informally, with an opening cocktail and winetasting on November 4; a conference party at The Shed at the V&A Waterfront on November 5; and the Green Star SA Leadership Awards reception.

* For more information on the Green Building Convention 2015 or to register, go to www.greenbuildingconvention.org.za