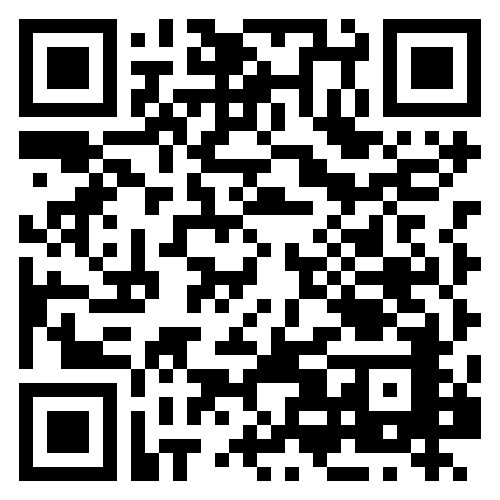 Inflation: Heating up, cooling down

Interest rates, much like record summer temperatures in Europe, continue a relentless march higher across the globe. Reported inflation rates in many countries are also still rising and continue to dominate the agenda for investors at home and abroad. The former is of course responding to the latter. There is a key difference, however.

The inflation numbers that are now being reported are backward-looking. Not only do they lag by a month or two, but they are also the outcome of economic processes that happened in the past. Moreover, since inflation is usually measured as the rate of change of broad price levels, where prices were a year ago matters as much as where they are now in its calculation. Interest rates, on the other hand, are forward-looking in the sense that they are intended to affect future activity.

Economics textbooks note that interest rate changes take 12 to 18 months to fully impact the economy. Since central banks are hiking even as economic activity is clearly already weakening, it might be too late to prevent a recession in many countries by the time inflation is deemed to be under control.

The US consumer price index rose by a staggering 9.1% in June compared to a year ago.

It is hard to overstate what a shock this is to a country where people younger than 60 have never experienced something like this in their adult lives. The same is true for people in many other developed countries, notably the notoriously inflation-paranoid Germans (German inflation was almost 8% in June). Nonetheless, the worst of the inflation surge is probably already behind us, particularly in the US, the most important economy that investors need to pay attention to.

Inflation is peaking for three reasons. One is simply base effects. If prices rose rapidly a year ago, that creates a higher base from which inflation is measured today. Prices can remain high but the rate of change – inflation – will decline. “Expensive” and “inflation” are not the same thing even if people often confuse them. Since prices increased rapidly late last year into the early part of this year, the next six to nine months will see base effects come into play.

Secondly, commodity prices are sharply lower. In particular, the oil price is close to where it was before the Russian invasion of Ukraine, but there is still tremendous uncertainty as to how the war will evolve and impact energy, particularly gas prices and availability in Europe. Agricultural “soft” commodity prices have also declined, which usually leads to lower food prices at the shops a few months later.

Chart 1: Commodity prices in US$

Industrial metal prices, key inputs into manufacturing and construction, have also pulled back. Here copper stands out. It is often called Dr Copper for its ability to diagnose the state of the global economy. Dr Copper seems to think the economy is not well, having fallen 30% from its recent peak but then Dr Copper might have also been overoptimistic when it jumped above $10,000 a tonne for the first time in March.

As an aside, copper is a classic case of cyclical and structural narratives moving in opposite directions. The structural case for copper is that the world will need much more of it in future as we move towards more sustainable energy sources, notably in replacing internal combustion engines with electric vehicles.

A typical EV uses five to six times the amount of copper as an ICE.

Demand for copper is therefore likely to grow very strongly over time.

But in the short term – cyclically – copper is weakening as demand slows. In a weak economy fewer people buy cars, especially expensive EVs. Therefore, be careful then when buying into an investment theme or narrative. It can play out on a different timescale to the one you have in mind.

The third reason inflation is likely to slow is because supply chains are gradually unclogging. Shipping costs are down, factories are running more efficiently, including China where the worst of the lockdowns are over, and exports have picked up again. Many retailers, caught short by the surge in demand last year, ordered too much stock. This gummed up the supply chains but can now have the opposite effect as new orders are cancelled. Manufacturing purchasing managers’ indices are already falling into negative territory.

This still leaves the big question of where inflation will settle once it starts rolling over. While goods inflation will likely decline rapidly, service inflation is still rising, particularly for housing in the case of the US. Though housing activity has slowed dramatically as higher interest rates combined with high prices have reduced affordability, the impact on rental inflation is lagged.

One must also ask what happens if the global economy revives after moving through a soggy patch over the next couple of quarters? Do commodity prices surge again and does inflation come roaring back? Could we be in for a period of much higher inflation volatility, even if average inflation over the next decade returns to the 2% target range? With higher inflation volatility, i.e., bigger inflation cycles, we are likely to see more pronounced interest rates and growth cycles. This could in turn lead to financial markets blowing hot and cold more often than in the previous 30 years, a period known as the Great Moderation due to the lower economic volatility.

These are some of the difficult questions central banks are grappling with. For the time being, however, the focus is squarely on moving interest rates from accommodative levels to somewhere between neutral and restrictive. To use three examples, despite rapid increases, the US Federal Reserve and UK Bank of England policy rates are still below the 2% level where they think inflation should be over the long term. Rates are therefore still negative in real terms on a forward-looking basis (and deeply negative using current elevated inflation). For the European Central Bank, its key interest rate was still negative on a nominal basis, before last week’s bigger-than-signalled hike. But that increase only takes the ECB’s key policy rate to 0%. More increases lie ahead.

The ECB faces the additional problem that it makes policy for a group of very different countries. The risk remains that the sovereign debt crisis of a decade ago repeats itself when the borrowing costs of southern European countries surged to levels that would have rendered their debt levels unsustainable in the long term. It took the promise of ECB intervention, the famous “whatever it takes” comment from its then President Mario Draghi, to stabilise bond markets. For the past year, Draghi has been heading up a unity government in Italy trying to implement key reforms to boost the country’s underperforming economy. His resignation potentially returns Italy to its historical pattern of unstable coalition governments and no meaningful reform, a bad combination in a world of rising interest rates.

The ECB now says it will deploy a Transmission Protection Instrument to prevent a “disorderly and unwarranted” divergence in the borrowing costs between Eurozone countries. Italy’s bond yields can rise, for instance, but should not rise dramatically more than Germany’s. In particular, the ECB will step in when this divergence is deemed to be the result of a self-fulfilling cycle of investors selling bonds because they are worried about rising yields. But it is not a free lunch. Countries will have to demonstrate commitment to economic policy discipline, and this is precisely what Draghi’s resignation calls into question.

In some countries, the goal is not so much finetuning interest rates to a desired level, but rather taking out a hammer to wallop inflation and prevent destabilising currency weakness. For instance, Hungary’s central bank has hiked rates from just above 2% to almost 10% since the start of the year, and Chile, the world’s major copper producer, from 4% to 10%.

South Africa is somewhere in between. Like its emerging market peers, it is vulnerable to rapid capital outflows but less so than in the past given the current account surplus. The Reserve Bank needs to signal that it is serious about keeping inflation at 4.5% over time with headline inflation having shot up to a 13-year high of 7.4% in June. This was largely due to the petrol price hitting a record level and high food prices. The Reserve Bank’s Monetary Policy Committee can do nothing about food and fuel prices, it can only watch for the second-round impact of these prices on other prices.

So far, the signs of this happening are limited but not zero. Core inflation, excluding food and fuel, was only 4.4% but has been rising over time. Surveyed inflation expectations of consumers have also increased sharply over the past quarter, though these often reflect current inflation more than future inflation. All in all, higher interest rates are warranted, though the 75 basis points increase was more than the market expected. In fact, one MPC member voted for a 100 basis points increase.

But since the number of central banks who have surprised in the size of interest rate hikes keeps increasing, perhaps no one should have been surprised when the MPC raised the repo rate by so much.

Again, looking purely at domestic inflationary pressures, the bigger-than-expected increase was necessarily needed. Indeed, local inflation is also likely to peak in the next month thanks to softer global food and fuel prices. But the Reserve Bank is acutely aware of where South Africa stands in the global context. Eighteen months ago, its policy rate was among the highest in the peer group.

Today it is among the lowest.

Some catch-up is required by front-loading interest rate increases and like other central banks, the Reserve Bank will want rates to move into positive real territory before taking a temperature check of the economy.

The impact on the local economy is of course negative. That is the point, namely to cool the growth in consumer demand and therefore limit the ability for firms to pass on higher input costs. Consumers are already seeing their pay cheques eroded by high inflation. Most consumer debt in South Africa including mortgages adjust in line with changes in the repo rate.

Higher monthly interest payments will therefore also eat into disposable incomes though fortunately the starting point is relatively favourable. Interest payments as a percentage of after-tax income was still at a 15-year low of 7.3% in the first quarter thanks in part to a stronger-than-expected recovery in household incomes. The Reserve Bank now expects economic growth of 2%, 1.3% and 1.5% for 2022, 2023 and 2024 respectively.

However, rising interest rates locally and globally give savers and risk-averse investors more options. For investors in long bonds, the Reserve Bank’s commitment to containing inflation should be reassuring, which coupled with very high real yields, makes for an attractive long-term investment. As for equity markets, slower economic growth here and abroad is likely to put downward pressure on company profits. How much remains to be seen, but as always markets quickly price in new information.

South African equities already trade at valuations usually seen during recessions, and therefore offer a substantial margin of safety. Global equity valuations do not have the same margin of safety, but valuations have improved substantially over the past six months and the market is clearly already discounting a weaker global economy. These are tough and uncertain times, but for the more patient investor potential future returns are therefore promising.