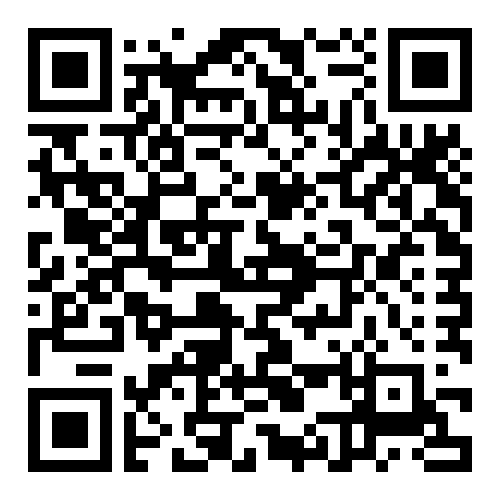 “Generating long-term economic growth and employment is the most sustainable way to boost tax revenues and stabilise the debt-to-GDP ratio, especially if augmented by the reduction in government spending and the restructuring of spending towards investment. Infrastructure investment is central to these efforts to boost growth and job creation,” says Mhlanga.

From an economic perspective, the South African economy is underrepresented in agriculture, manufacturing, energy and construction, relative to other emerging markets. These sectors usually underpinned fast economic growth of about 3.7% over the past decade across a group of 15 emerging markets. South Africa’s average economic growth was about 1.7% over the same period, in part because these sectors are underrepresented. Infrastructure investment can directly improve growth within sectors such as energy and manufacturing, and indirectly boost sectors such as construction and agriculture, all of which have larger multiplier impacts on GDP growth and job creation.

Investing in infrastructure would boost returns for pension fund investors

Janina Slawski, Head of Investment Consulting at Alexander Forbes, comments that infrastructure investment is also crucial for pension fund investors from a return point of view from three perspectives:

According to Slawski, for some time, there has been talk of a potential for reintroducing prescribed asset requirements to force investment from investors such as retirement funds into developmental assets, including infrastructure. This threat has been met by rigorous challenge from members, trustees and consultants to retirement funds for two reasons:

“After the reference in the 2021 budget speech, proposed amendments to Reg 28 were released for public comment on 26 February 2021. Instead of requiring minimum investments into specified assets, the proposed amendments seek to encourage infrastructure investment within generous maximum limits,” says Slawski.

The proposed amendments introduce a definition of infrastructure that references the Infrastructure Development Act of 2014, which in turn refers to “public installations, structures, facilities, systems, services or processes in respect of which projects may be designated as strategic integrated projects”. The amendments propose introducing subcategories of infrastructure across several asset classes such as equities, bonds, property, own employer, hedge funds and private equity.

The overall limit on infrastructure across all these assets classes is proposed at 45% for domestic exposure, plus an additional 10% for the rest of Africa

David Moore, Head of Alternatives at Alexander Forbes Investments, says, “Reporting on infrastructure exposures will be required to ensure that limits within asset classes are not breached. This more granular reporting will greatly enhance conversations about amounts invested by retirement funds into infrastructure, although the additional work to classify each asset as either infrastructure or non-infrastructure will initially be onerous.”

Retirement funds would be able to invest a total of 27.5% across the three categories instead of the current 15% maximum.

The level of investment of South African retirement funds in illiquid investments is often quoted as being low (2% to 5%) compared with higher percentages (15% to 20%) by retirement funds in other jurisdictions. This is explained by the fact that South African retirement funds are mainly defined contribution with only active members, compared with other jurisdictions that are often dominated by long-dated defined benefit funds with pensioners. The following liquidity requirements of defined contribution funds restrict the ability of funds to allocate significantly to illiquid investments:

So what can a pension fund invest in through the infrastructure and private equity subcategories?

The infrastructure and private equity asset categories speak to a vast investment universe that dwarfs the traditional asset classes by the sheer number of potential investment opportunities. We as pension fund members are often unaware that we are interacting regularly with many of these assets and companies as we go about our daily lives.

“As I am preparing this piece, my wife is streaming a newly available series thanks to our fibre-to-home installation made possible by Vumatel – a private equity company that in time has the potential to become a national information, communication and technology (ICT) infrastructure asset. Whether it’s Vumatel, Metrofibre or Vox to name but a few, these private equity businesses can provide the essential service of human connectivity and communication that enables commerce, education and personal well-being – allowing us to communicate with our loved ones across the country, especially in the challenging times we find ourselves in attempting to fight our way through a global pandemic,” says Moore.

He continues, “As the sun fades and I flick on the side lamp on my desk, the fact that it comes on means I have the many renewable energy power producers to thank that have developed a multitude of green-clean solar and wind farms nationally – key infrastructure assets developed as part of the Renewable Energy Independent Power Procurement Programme (REIPPP) which are pumping power into the grid and keeping our lights on.”

Moore explains that South Africa’s largest windfarm, Cookhouse Windfarm (Cookhouse), a 139 MW power plant based in the Eastern Cape generating enough clean-energy to power 43 000 households for an entire year whilst concurrently off-setting about 384 000 tonnes of CO2 emissions produced by fossil fuel plants. Cookhouse not only provides power but also is an active contributor to social infrastructure development in the region, funding early childhood development (ECD) programmes in the surrounding communities for children between the ages of 0 and 6 – experiences many of these children would never have been able to access without the successful development of the project.

Moore notes, “Tomorrow morning I’ll be getting my son ready for his second week of pre-school – another asset category actively available within both the infrastructure and private equity asset categories. Canaan College in Umlazi, KwaZulu Natal is a recently developed high-quality, affordable private school in a node that has had limited or no access to private schooling of this calibre until now. The college provides a values-based learning environment covering all domestic curricula from Grade R to Matric whilst also providing students access to future- focused education through subjects such as Emotional Intelligence, Robotics and Entrepreneurship. Funding social infrastructure such as Canaan College provides pension fund members with commercially acceptable returns whilst concurrently fulfilling key social needs that more often than not directly impact them or their families. What better way to save for retirement than to build the school through your pension fund that both your children and their children will attend?”

Before switching off this evening, Moore cast an eye on the latest Covid-19 statistics in South Africa. “This ritual of checking the number of infections reminds me of a private equity business that is operating on the front line in our fight against the pandemic locally,” he says.

Angelo Kater is a proudly South African SME that refitted a fleet of minibuses into state-of-the-art mobile testing clinics to ramp up the testing efforts significantly during the harshest of lockdown periods to ensure both the public and national government are equipped with timely and accurate information around the rate of infection in South Africa. High-growth SMEs such as Angelo Kater can provide pension fund members with attractive commercial returns over the long term whilst concurrently providing key public services.

The above are just a small sub-set of the investable, available opportunity set within both the infrastructure and private equity asset classes here in South Africa. These investments can provide pension fund members with attractive, inflation-beating return outcomes that complement traditional asset-heavy portfolios given their ability to reduce return volatility whilst concurrently generating attractive illiquidity premiums. The recent changes to Regulation 28 bode well for pension funds wishing to generate attractive, long-term returns for their members whilst concurrently actively contributing to economic growth and social service delivery in South Africa.