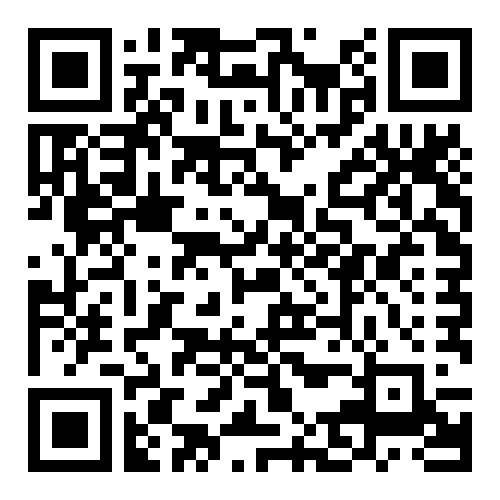 South African life insurers reported a steep increase in the number of fraudulent and dishonest long-term insurance claims detected in 2014. Last year 8 306 cases were uncovered compared to 4 690 in 2013.

Releasing the 2014 claims fraud statistics this week, Peter Dempsey, deputy CEO of ASISA, points out that had these claims gone undetected, the industry would have lost R755.2 million to dishonest policyholders and criminals in 2014.

He says that while the number of fraudulent and dishonest claims for 2014 is significantly higher than in previous years, the total amount involved is marginally lower than in 2013 when the value of the claims uncovered was R794.5 million. “This means that dishonest policyholders and criminals submitted more claims in 2014, but of lower values,” explains Dempsey.

“Unfortunately dishonesty and fraud tend to increase when economic conditions are tough. People are more inclined to cooperate with syndicates in return for a share of the policy proceeds. And some policyholders will either try to keep their premiums to a minimum by not disclosing all risks or submit dishonest claims with the intention of getting their hands on a policy payout that they are not entitled to.”

Dempsey warns, however, that dishonest and fraudulent claims are usually detected and that the consequences of getting caught are often severe.

“Dishonest policyholders risk losing their cover and fraudsters may end up doing jail time. It is also much better to be completely honest and pay the appropriate premium than to run the risk of having a claim declined when you die or become disabled.”

Dempsey says while the value of the dishonest and fraudulent claims runs into millions of rand, the amount is small when compared to the amount of money paid out for honest and legitimate claims every year. In 2014, more than R29.4 billion was paid to individuals who had experienced either death or disability in their family circle.

“Life companies also paid 98.9% of all claims made against fully underwritten life policies in 2014. Only 1.1% of death benefit claims was declined, mainly due to non-disclosure by policyholders.”

The ASISA claims fraud statistics show that insurers foiled fraudulent and dishonest death, funeral, disability, health and hospital as well as retrenchment claims. Death and funeral policies attracted most of the dishonest and fraudulent activity in 2014.

According to Dempsey fraud played the biggest role (3 619 cases) followed by dishonesty through misrepresentation and material non-disclosure (3 551 cases).

Misrepresentation occurs when a policyholder deliberately provides misleading information to a life insurer. Material non-disclosure refers to the failure of policyholders to disclose important information about a medical condition or lifestyle.

Dempsey says insurers have reported an increase in fraudulent death and birth certificates as well as Induna (Zulu leader) reports.

In many of these cases it was found that the policies had been taken out on the lives of people who were terminally ill by fraudsters who were not related to them.

In the funeral insurance space a high number of claims were rejected, because the insured person died within the six-month waiting period. Dempsey says this highlights the high level of anti-selection taking place with people only taking out cover when the need is imminent.

A total number of 524 disability claims worth R345.4 million were rejected, mainly due to misrepresentation and material non-disclosure. Only 60 claims were found to be fraudulent.

Dempsey says insurers reported an increase in cases involving policyholders misrepresenting the extent of their disability, claiming disability benefits from their employee benefit schemes and then taking on alternative employment once the payout had been received.

One insurer detected a misrepresentation and material non-disclosure case involving a R2.5 million claim. The policyholder had taken out lump sum disability cover worth R2.5 million. When she applied for the policy she claimed to be healthy with no material medical history and also stated that she was employed as an executive secretary. When the policyholder submitted a claim for disability due to psychiatric illness, the insurer found that she had failed to disclose a long history of depression, anxiety and regular panic attacks. She had also misrepresented her profession since she was a housewife and not an executive secretary. She admitted that her claim was prompted by financial problems following a divorce.

The insurer declined the claim, voided her disability cover and adjusted the premiums for her life cover in line with the real risk that she presents to the life company.

Dempsey says while hospital cash plans had been hit particularly hard by syndicates in 2013, not a single claim involving syndicates was recorded in 2014.

“This shows that the industry’s zero tolerance approach to hospital cash plan claims involving any kind of fraud is paying off. The abuse of hospital cash plans has been a major concern for insurers and through sharing of information and working more closely with medical aid schemes, insurers have been able to identify syndicates consisting of doctors and hospital staff.”

In 2014 only 391 claims against hospital cash plans were rejected, mainly due to misrepresentation and material non-disclosure. In 2013, however, 2 019 claims were found to be irregular and 1 052 involved syndicates.

Hospital cash plans pay policyholders a daily cash benefit for each day spent in hospital. This amount is paid irrespective of medical aid payments or sick leave available to the person hospitalised.

Dempsey reports that in 2014 only 31 dishonest and fraudulent retrenchment benefit claims were detected. While this represents a remarkable drop from the 125 cases recorded in 2013, the value of these claims more than doubled from R1 million in 2013 to R2.4 million in 2014.

Dempsey says in 2014 the highest number of fraudulent and dishonest claims was submitted in KwaZulu-Natal (32%) followed by the Western Cape (17%). The Eastern Cape was in close third position with 15%, followed by the Free State and Gauteng (both at 9%). North West Province contributed 8% of the cases. The other provinces were responsible for 5% or less.