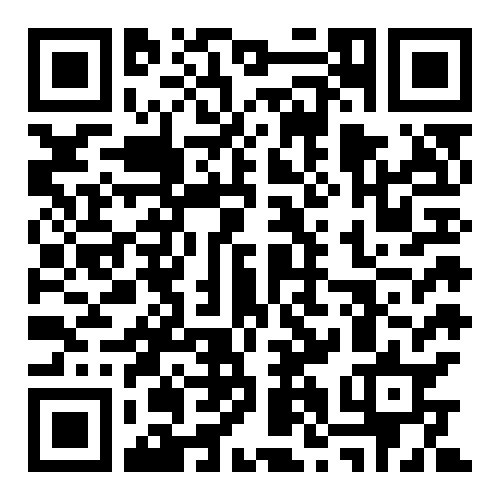 Our country has many reasons to be proud of its pharmaceutical industry’s achievements – among these are its world-class ARV manufacturing capabilities and leading pharmacy schools.

Local pharmaceutical production is important for the South African economy as it allows high value-add manufacturing and jobs to be created. It also remains one of the most effective ways of ensuring stable supply of life-saving chronic medicines.

A report by professional services firm Deloitte in February 2010, reflecting the most up-to-date figures available on the South African pharmaceutical sector, shows the industry employed 9 625 full-time staff at the time, with average annual salaries and wages at R339 225 per employee. This number was three times higher than the national average, demonstrating the high proportion of professionally qualified and skilled workforce in the sector.

Not only does the pharmaceutical industry offer skilled positions to South Africans, it also fosters growth in local R&D activities, as it spent R1.75 billion on associated projects, which included clinical research. A new study has been conducted on the state of the industry and its results are expected to be released within the coming months.

While the local pharmaceutical industry of today remains productive and relatively steady under current economic pressures, it looks different from the vibrant industry it was 20 to 30 years ago. Within the last decade it experienced a drastic reduction in local manufacturers and manufacturing capacity. While these closures are considered a significant event in the sector’s history, Andre Kudlinski, director of pharmaceuticals at the Department of Trade and Industry (dti), believes it also opened new doors for South Africa: ‘Most of the plants that shut down were old and small, with some notable exceptions being the GlaxoSmithKline plant in Midrand. The lost capacity has subsequently been more than offset by major investment projects by Aspen, Adcock Ingram and by the smaller operations of Cipla, Ranbaxy Laboratories, Fresenius-Kabi, Pharma-Q and Specpharm Holdings among others.’

While this new pharmaceutical landscape is characterised by fewer local manufacturers, the national companies still in existence have been able to establish themselves as leaders in the industry.

One of these companies is Adcock Ingram, which has a proud heritage in the country spanning more than 120 years. The pharmaceutical producer was one of the early players to bring generic antiretroviral (ARV) products to market in South Africa, following the agreement by multinational companies to grant voluntary licenses to generics manufacturers. This was a significant advance not only in South Africa, but also for countries across the world that weren’t able to afford the life-saving medicines at the time.

‘There is no doubt the manufacture of ARVs by local companies has been a breakthrough for the treatment of HIV-positive people in this country,’ comments Vicki St Quintin, group corporate affairs and investor relations manager at Adcock Ingram. ‘The healthcare industry is now protected against out-of-stock situations while prices have responded to competition in the market place.’

In another local achievement, contract manufacturer Wrapsa, has recently reinforced its status as a beacon of high-quality pharmaceutical production within the industry. Recent upgrades to its facilities, which amounted to an investment of more than R80 million, has enabled it to increase production and deliver products of the highest quality. ‘What sets South African manufacturers, including Wrapsa, apart from some of their equivalents in other developing countries, is that they fulfil the requirements of the Pharmaceutical Inspection Convention and Pharmaceutical Inspection Co-operation Scheme (PIC/S), of which the South African Medical Control Council is a member,’ explains Jannie Nel, responsible pharmacist at Wrapsa. ‘These international organisations serve as instruments between countries and pharmaceutical inspection authorities, which together provide an active and constructive cooperation in the area of Good Manufacturing Practice.’

Kudlinski agrees that South African quality elevates local manufacturers above some of their foreign counterparts, specifically some companies in Asia: ‘Several scandals have tarnished the reputation of the Chinese and Indian finished drugs manufacturers. Against this background, our strength is in the impeccable reputation of the quality of drugs made on home soil.’

To prevent an industrial decline of South Africa’s manufacturing sector and supporting its growth and diversification, the dti has put in place the Industrial Policy Action Plan (IPAP). One of its key action programmes is the Manufacturing Competitiveness Enhancement Programme (MCEP). It has the overriding goal of providing enhanced manufacturing support and encouraging producers to upgrade their production facilities.

The MCEP comprises two sub-programmes, of which the production incentive is the largest component, making up 80 per cent of the programme. Applicants to the incentive may apply their credits to a combination of sub-components including grants for capital investment; green technology and resource efficiency improvement; enterprise-level competitiveness improvement; feasibility studies; and cluster interventions.

The smaller sub-programme, industrial financing and loan facilities, comprises two components – the pre- and post-dispatch working capital facility and the industrial policy niche projects Fund. The former offers a working capital facility of up to a maximum of R30 million for a period of up to four years, at a preferential fixed interest rate of six per cent. The latter is available to projects identified by the dti and Industrial Development Corporation which focus on new areas with the potential for job creation, export and manufacturing output diversification.

‘Basically, the incentives are available to any manufacturer looking to expand operations with either the acquisition of new machinery or the upgrading of facilities,’ explains Henri Grobler, director at Umkhonto Development Solutions (UDSOL), an incentive consultancy firm that has been assisting clients across the country with dti grants for the past 18 years. ‘No matter the size of their investment for new machinery, equipment or building improvements, our clients receive tax-free cash back from the dti to expand their businesses.’ The grant enables the company’s clients to acquire more efficient equipment, which results in increased production capacity.

While many local manufacturing facilities have been expanded through government incentives and foreign investment, these enhanced capabilities are currently not being fully exploited. ‘The worrying fact is that many of these pharmaceutical manufacturers don’t operate at optimum capacity, and our country’s dependence on imports and the sector’s trade deficit continue to deepen,’ comments Kudlinski, who explains that South Africa’s imports of pharmaceuticals (excluding active pharmaceutical ingredients) were R22 billion in 2013, while exports were just over R1 billion.

Add to this the large amount of originator medicines that are coming off patents in the next few years, and an ideal opportunity for growth presents itself. With a new range of generic products open for manufacturing, the South African market should be able to increase production and focus on exporting to emerging markets in Africa and abroad.

According to Nel, the patents for many raw materials are also expiring soon and will result in more affordable materials becoming available to manufacturers: ‘The local industry could see its market share grow if it were to focus on delivering affordable medicines to African countries. Many of these countries have a high burden of disease and therefore large budgets to spend on healthcare.’

Considering the unique combination of quality and affordability that local pharmaceutical manufacturers have to offer consumers, there may never have been a better time to start large-scale export of proudly South African products to the markets that need these medicines most.