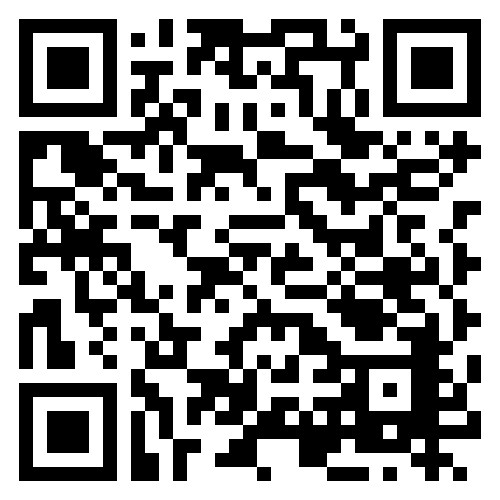 Our national budget is, in many respects, no different to our own personal household budgets.

Karin Muller, head of Sanlam Growth Market Solutions, explains: “Over the last couple of years consumers have experienced greater pressure on their wallets, as our income has not been able to keep up with the increased prices we’re paying for practically everything. Our national budget is no different.”

In a thriving economy, people and business can afford to pay more tax. This, in turn, allows government to spend money on short-term priorities as well as on some longer-term priorities. On the other hand, an economy which does not grow sufficiently, presents a more challenging scenario – providing government with less money to spend.

Muller says our country’s budget is, in a sense, no different to our own budgets – with a focus on income and expenses.

While the budget speech deals with income and expenses over the next year, it also relates to medium term spending as well as some very long-term implications for the financial situation of consumers. Just like you and I cannot keep on borrowing to fund our lifestyles similarly the Government needs to manage debt levels and how Government will be able to repay this debt over the medium term.

How will the budget speech affect our pockets/wallets in the short-term?

Muller explains that the impact of the changes to the different taxes will affect how much you receive of your salary every month (income tax and deductions), how much you pay for certain things (VAT and sin taxes), as well as how much you need to pay when you sell or buy certain assets (Capital Gains Tax and transfer duty).

Over the last number of years we became accustomed to expect annual decreases in our real personal income tax liabilities. However, as was widely speculated, this year the Minister of Finance increased the income tax rate for all the brackets except the lowest category with 1%.

Muller argues that we have to see these increases in perspective. The Minister has stated that the aim is to have a tax system that is fair, efficient and progressive. In a progressive tax system higher income earners pay more tax than lower income earners and through taxation there is a redistribution of wealth.

”We need to consider the additional 1% in this light.”

The Minister announced three changes that impacts on the income tax calculation. He

• Increased the tax rate applicable on each tax bracket above the lowest one (which remains on 18%) with 1%, but also

• Adjusted the brackets to allow for inflation and

South Africans are already really cash strapped and an increase in income tax is one of the things that most of us have been dreading, says Muller. The combination of the three elements above, however, means that it is not all bad news, given that the adjustments to the brackets and the increase in the rebates help people who earn less. In fact, those who earn less than approximately R425 000 a year, will pay slightly less income tax.

How much of this tax relief will reach your pocket, depends on how much you earn, Muller says. For example someone with taxable earning of R300 000 would have paid R64 147 in annual tax based on the old tables (before rebates), and will now be paying annual tax of R64 238 (before rebates).

She points out that the Minister’s announcement that the primary rebate (the amount you can deduct from income tax every year) will increase from R12 726 to R13 257 means that you will also have a little extra money in your pocket depending on your taxable earnings.

“If we consider the example of someone earning R300 000, and taking the standard rebate into account, this person will pay income tax of R50 986 following these changes compared to the R51 421 in the previous tax year.

Muller says this is probably the first time that sin taxes do not make the headlines in the budget speech. As was the pattern over the last number of years, there has been an increase in most of the sin taxes. A 340ml can of beer will cost 7c more and a packet of 20 cigarettes will cost 82c more. Whisky goes up by R3.77 a bottle.

There will be an overall increase in the fuel levies from April. This means that for every litre of petrol you will pay 80,5c more or if you fill up a 60 litre tank it will cost you an additional R48,30. This increase will neutralise the recent drop in the fuel price.

The medical tax credits will be increased from R257 to R270 for the first two beneficiaries and from R172 to R181 for everyone thereafter. This means that, for a family of four, your medical credits will increase from R858 to R902, resulting in a monthly saving of R44 per month.

The Minister proposed that the UIF threshold should be reduced to R1 000 per year. This means that for a one year period the employee will contribute a maximum of R10 and employer will contribute a maximum of R10 per month. Muller says this will provide some relief to taxpayers, but appears to be only an interim relief based on the current funding levels in this fund.

How will the 2014 budget affect us over the longer term?

The budget speech is not all about tax, says Muller. On the long-term side of the budget we can look more at the benefits we, as citizens, receive. In this budget speech the Minister continued to build on the topics covered over the last two to three years, namely National Health Insurance, encouraging household savings and retirement reform.

South Africans are not good at saving. Muller says we consume most of our money and we don’t save enough for tomorrow. “Not only do we need to save more to provide for our own future and for our families, but the economy also needs us to save.”

With high debt levels and low savings levels, we are actually as a nation consuming today what we have not yet earned tomorrow.

During last year’s budget speech the Minister indicated that there will be focus on incentives to help us save. On 1 March 2015 we see the launch of tax-free savings accounts. Muller says, as an investor in one of these products, you will not pay tax on the income you earn in the product – whether it is interest, capital gains or dividends; and you will not be taxed when you withdraw from the product.

This means many South Africans will be able to make their savings work harder for them, as it will enable them to save up to R30 000 per year (with a lifetime limit of R500 000) and not pay tax on the return they’ve earned thereon.

“For example if you invest the full amount you are allowed to invest (R30 000 per year up to a lifetime limit of R500 000) then you would have reached your lifetime limit after 16 years and 8 months. If we assume that you receive a return of 4% (after fees) then you would have accumulated R1,35 million after 20 years – R235 700 more because you are not paying tax on your investment return. If you leave this investment for another 5 years then it amounts to an investment amount of R2,06 million based on these assumptions.

Retirement reform is the process that have been ongoing over the last number of years to look at how the retirement system in South Africa can help South African to retire better.

We did not see any new comments in this budget speech relating to the proposed changes in the retirement system. The Minister did not announce any changes to the taxation of retirement funds. However, the intention to harmonise the tax treatment of different retirement funds was again mentioned with an implementation date of 1 March 2016 – this is still subject to consultation and no changes have yet been implemented.

Muller says it is also important to note that there are no changes to the tax rates on withdrawal or other retirement benefits. The Minister again mentioned the importance of not withdrawing your pension money due to rumours.

Very few South Africans are able to retire with sufficient retirement income. There are many reasons for this, including not saving enough and withdrawing your retirement savings before retirement.