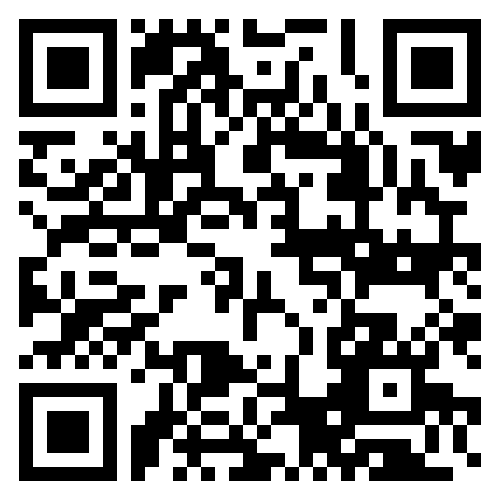 What does the Just Transition look like in South Africa?

Ahead of COP26 later this month, South Africa’s commitment to the Just Transition will be a crucial element of its negotiating position.

The preamble to the Paris Agreement requires the Parties to take into account the imperatives of a just transition of the workforce and the creation of decent work and quality jobs, in accordance with nationally defined development priorities.

“A Just Transition secures the future and livelihoods of workers and their communities in the transition to a low-carbon economy. It is based on social dialogue between workers and their unions, employers, government and communities. A plan for Just Transition provides and guarantees better and decent jobs, social protection, more training opportunities and greater job security for all workers affected by global warming and climate change policies.“

Putting it bluntly, the Grantham Research Institute on Climate Change and the Environment (GRICCE) says that climate action + social inclusion = the just transition.

According to the GRICCE, no single actor can deliver the just transition. Governments have a leading role to play in linking climate, macroeconomic, industrial, labour and regional policies. Businesses and trades unions play a direct role in shaping the transition within the workplace, along with civil society organisations in the wider community. South Africa was named as an example, having led the way in 2015 with the incorporation of the just transition in its Nationally Determined Contribution (NDC) to the Paris Agreement, where it highlighted that ‘an inclusive and just transition requires time and well planned low-carbon and climate resilient development’.

Strategically, the universal adoption of the UN’s Sustainable Development Goals (SDGs) and the ratification of the Paris Agreement on climate change enables these role players to use their expertise and resources to realise the SDGs (notably the goals on climate change (SDG 13) and decent work (SDG 8)). As more and more commit to implementing the SDGs, it will drive demand for products that deliver just-transition outcomes.

In 2015, the International Labour Organisation (ILO), the United Nations’ agency for the world of work, adopted a set of just transition guidelines based on inputs from governments, businesses, and trade unions. These guidelines highlight the real need for policy coherence between action on climate change and macroeconomic, industrial, labour market and enterprise policies. They emphasise the need to pay special attention to the industries, regions, workers, and communities that could be negatively affected. The guidelines recommend action to anticipate skills needs, assess health and safety risks, ensure social protection in the transition (such as workers’ health care and pensions), implement international labour standards, and actively promote social dialogue.

Various stakeholder groups have combined their efforts to start South Africa’s Just Transition dialogue.  In 2017, Life After Coal partner and environmental justice group groundWork set out its key components of a Just Transition in a report titled The Destruction of the Highveld: Burning Coal. In November 2019, the Society, Work & Politics Institute (SWOP) at the University of the Witwatersrand published a booklet on the background and explanations about the need for a Just Transition from fossil fuels (particularly coal), based on the urgency of climate change.

In increasing its efforts to give effect to South Africa’s climate change commitments, our government recently approved the establishment of the Presidential Climate Change Co-ordinating Commission (P4C) to co-ordinate and oversee the Just Transition in South Africa. The P4C was established through the Climate Change Bill. One of its first tasks will be to understand the impact of climate change on jobs, both positive and negative, and climate change responses by sector and location, and in the long term to ensure the implementation of climate change policies.  The President’s approval of the P4C in December 2020 was supported by the role the P4C will play in advising government on pathways to transition to a low-carbon economy and climate-resilient society.

South Africa continues to advocate for a just transition sensitive to the needs of developing countries, especially those on the African continent.  In President Ramaphosa’s statement to the UNSG Climate Action Summit in September 2019, he said that as part of ensuring a just transition, we will need to put measures in place that plan for workforce re-skilling and job absorption, social protection, and livelihood creation, incentivising new green sectors, diversifying coal-dependent regional economies, and developing labour and social plans as and when ageing coal-fired power plants are decommissioned. In building a climate-resilient society, our focus is on ensuring decent work for all, social inclusion, and the eradication of poverty. We particularly need to protect those most vulnerable to climate change, including women, children, people with disabilities, the poor and the unemployed, and protect workers’ jobs and livelihoods.

The P4C has already highlighted the risks South Africa faces from a rapidly decarbonising global economy. Many of South Africa’s trading partners have adopted net-zero targets and intend to lower their emissions and impose trade barriers on emissions-intensive products.

The P4C has since also contracted Trade & Industrial Policy Strategies (TIPS) to prepare a series of papers on different topics related to achieving a just transition in South Africa, to provide an evidence-based foundation for the new Just Transition Framework that is being developed. The first paper, Towards a Just Transition: A Review of Local and International Policy Debates (September 2021), reviews the key issues that will inform the development of the Just Transition Framework, drawing on international and domestic experience.

Climate change considerations are unavoidable going forward. We see government’s commitment to a Just Transition taking shape in moves such as the suite of climate change-related legislative frameworks (e.g., the draft national guideline for consideration of climate change implications in applications for environmental authorisations/licences, the Climate Change Bill, the proposed carbon budget system) and national development strategies and policies. There is no doubt that, globally, ESG and climate-related matters have gained significance even in an organisation’s financial and operational planning and that companies are not only being held accountable by environmental NGOs but also their own shareholders. Although South Africa may be behind the rest of the world in its policy developments on ESG and climate change frameworks, it can use this to its advantage from a “lessons learnt” perspective and leverage off other jurisdictions’ successes in these areas. Some of the practical implications include:

The World Bank, in its State and trends of carbon pricing 2021 report, has indicated that as governments now look toward recovery (post-COVID-19), global economies will need to embark immediately on processes to build green, sustainable, and low-carbon systems while ensuring that social concerns are addressed to ensure that we restructure our economies and societies in a socially fair and just manner. Making the right investments now can unlock short-term gains, such as promoting job creation and restoring economic growth, and deliver long-term benefits in the form of stability and decarbonisation. This would also set both countries and companies on the right trajectory to deliver the 2030 emissions reductions needed to align with the temperature goals of the Paris Agreement, as well as longer-term net-zero