Plastics to the rescue at Beachwood Mangroves in KZN 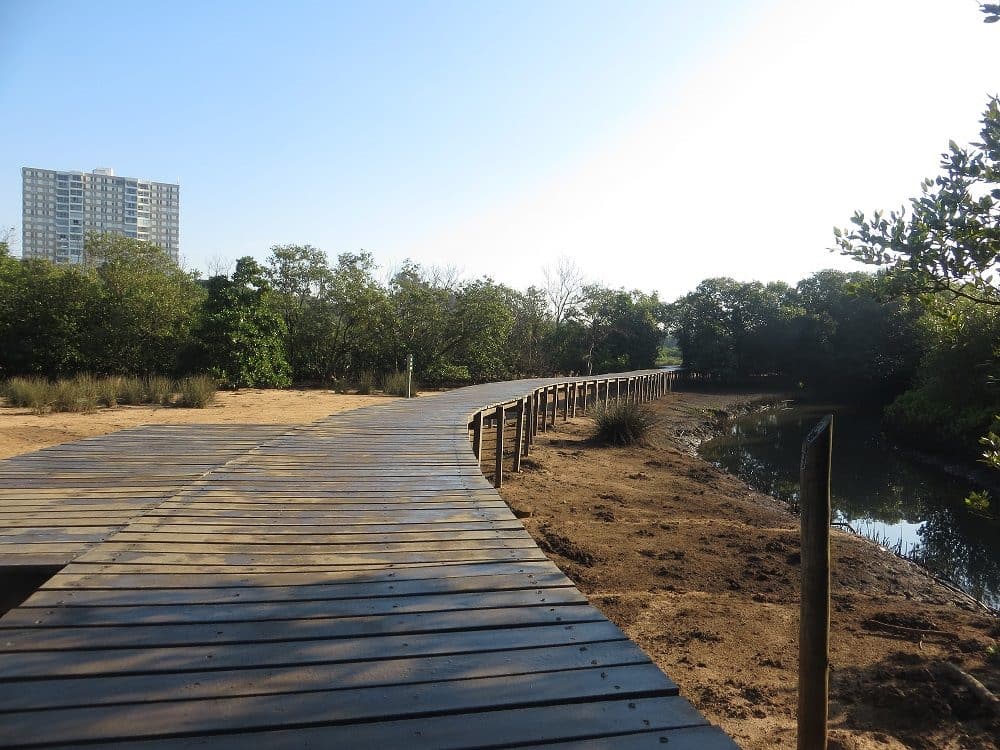 World Oceans Day is a global day of celebrating the ocean.  This year, people all over the world are celebrating “Healthy Oceans – Healthy Planet’ and promoting the prevention of marine litter.

This year, Plastics|SA (the Plastics Industry), collaborated with Grindrod Bank, Wildlands Trust, POLYCO and Packaging SA, to upgrade the walkways at the Beachwood Mangroves in Durban.

“These mangroves are very sensitive ecosystems which are often damaged and desecrated by debris washed down from the nearby Umgeni River” says Douw Steyn, Sustainability Director at Plastics|SA.

The weathered and rickety wooden walkways, which make their way from the entrance all the way to the beach, were replaced by raised walkways which are made from recycled plastic including thousands of milk bottles and plastic bags.  These walkways will now withstand the weather conditions and provide safe and easy viewing of the area and its inhabitants.

To celebrate World Oceans Day 2016 and the unveiling of the new walkway, Plastics|SA recently joined Beach Cleanup KZN and volunteers from companies such as SAGE, Durban Solid Waste, Toyota, The Glass Recycling Company, KZN Wildlife, RNL Plastics, Duwalcoe and Wakefields Properties to cleanup the stretch of beach from the Mangroves to Blue Lagoon. Plastics|SA was also a key supporter of a World Oceans Day event organised by the Department of Environmental Affairs’ on 17 June by providing bags for clean-ups on the beaches around Blue Lagoon Beach in Durban. Douw Steyn also addressed the audience consisting of 2 500 volunteers from government, schools, local communities and industry on the importance of taking responsibility for our plastic waste and its recycling.  He also made use of the opportunity to promote the plastics industry’s annual “Cleanup and Recycle Week” which will take place this year from 12 to 17 September 2016 and will be dedicated to the memory of Nelson Mandela.

During her presentation at the event, the Honourable Director General, Nosipho Ngcaba, emphasized the importance of creating awareness of marine litter, and educating communities on the value of clean water as well as the opportunities offered in waste.

Marine Litter is human created waste discharged into the coastal or marine environment.  Marine litter is not only unsightly, it harms the ocean ecosystems, wildlife and humans.  While marine litter consists of all sorts of materials, many plastics float – making them more visible than other litter.  Many are also resistant to degradation and persist in the marine environment.  In addition, the economic impact of marine litter is significant and its effects have prompted governments, private enterprise, environmental groups and citizens to take action. If this serious scourge is to be effectively tackled, it is critical that partnerships are formed to ensure that the right stakeholders are involved in these initiatives.[/box]