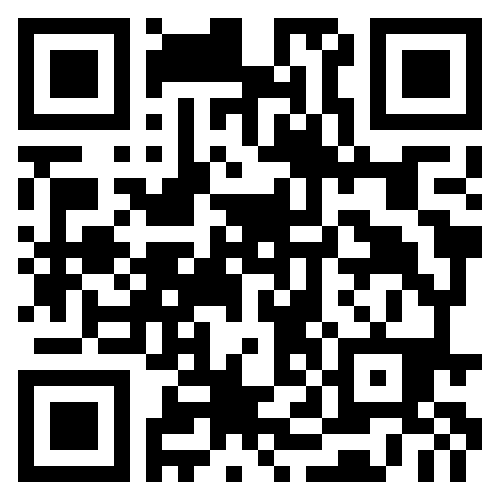 I attend a great many talks given by economists every year. This is part of my job as editor of MoneyMarketing. I’m not an economist, so in order to make good editorial calls, I listen to those who are experts in the subject of economics. These talks are almost always very educational and interesting – as they should be. A few presentations are entertaining as well, and I came across one such presentation a couple of weeks ago.

I was privileged to have attended the recent Nedgroup Investments Summit at which Irish economist, David McWilliams spoke. Never before have I attended an economics lecture that commenced with a poem.

You can imagine my surprise as Professor McWilliams, in his beautiful Dublin accent, recited the first stanza of WB Yeats’ poem The Second Coming:

“Turning and turning in the widening gyre
The falcon cannot hear the falconer;
Things fall apart; the centre cannot hold;
Mere anarchy is loosed upon the world,
The blood-dimmed tide is loosed, and everywhere
The ceremony of innocence is drowned;
The best lack all conviction, while the worst
Are full of passionate intensity.”

McWilliams explained that the poem was written back in 1919, against a back-drop of the First World War, the revolution in Russia and political upheaval in Yeats’ native Ireland. The poem describes a society in which the old rules no longer apply without anything to replace them.  As Yeats predicted, human nature did turn even more horrific in the sense that the atomic bomb was developed, Stalin came to power – as did Mao, and the Holocaust took place in Germany.

The politicians of the time didn’t see what was ahead – but Yeats, the poet, did; he thought in an unconventional way and had a deep understanding of human nature.

“Yeats allowed himself the permission to think differently – and so should we,” McWilliams told the Summit.

“Economics is all about human nature and human beings who aren’t rational.  Human psychology has to be factored into economics.”

The Dublin-based professor explained his reason for choosing Yeat’s poem to highlight what is going on in European economies today, amidst the weak growth and rising inequality.

Europe is more divided than at any time since the Second World War, he said.  Its economies are faltering while millions of young people are unemployed. Southern European countries are mired in debt while the northern ones have become sulky creditors. Immigration is – for many – an enormous concern, while the economic and political forces pushing desperate people towards Europe’s borders are increasing.

In the midst of terrorist attacks, messages of restraint are lost in the noise and as Yeats wrote – “the falcon cannot hear the falconer”.

The focus is now not on the middle ground and the sensible course of action, but rather on the extreme, making Yeat’s observation that “the best lack all conviction, while the worst are full of passionate intensity”, very appropriate. Coarse and vulgar populism is rising while moderation has been cast aside.

Clearly, the policies of the European Central Bank (ECB) aren’t delivering for “the average guy” and the typical voter, McWilliams explained.

At the crux of the matter is this: personal income in the Eurozone has been falling behind GDP in all the main countries, meaning the split in output between wages and profits is going increasingly to profits. As Marxists would say, this has boosted the return to capital and diminished the return to labour.

“The average guy” feels deeply aggrieved and the political scene has been set where “things fall apart; the centre cannot hold.”

McWilliams looked at GDP growth in the Organisation for Economic Co-operation and Development (OECD) countries in general, with the experience of the major

European countries in particular, and observed:

In most cases, except for Germany, European GDP has lagged the OECD since 2007 but, even in Germany, where GDP growth has been robust driven by exports, personal income has fallen way behind GDP. Germany runs a “perennial” current account surplus because its wages are too low relative to productivity, giving corporate Germany what McWilliams called “a free ride”.

In France, GDP growth has lagged the OECD data and personal income has fallen far behind. This paints a picture of the average French worker lamenting the drop in his or her living standards. “The average guy” is feeling poor in a rich country and extremists like Marine Le Pen have benefitted from this in the polls.

Italian GDP is still 12% below where it was in 2007. McWilliams looked at what had happened to personal income in Italy versus personal income in the OECD in general. He found that in the past decade, while incomes for the average person in the OECD have risen modestly by 12%, the average person in Italy has seen his income fall continuously and it is now still 13% below where it was in 2007.

Spain isn’t much better. Having slumped in the 2007-2012 years, at least in the past year or so GDP and personal income are moving in the right direction again. However, there too, personal income lags GDP, reinforcing the pan-European problems of living standards falling in formerly rich countries.

Europe’s democracies are divided into Insiders and Outsiders, McWilliams noted.

The Insiders are the people with influence, those that governments listen to.

In a crisis, when growth disappears, the Insiders focus on protecting their members’ interests from dwindling growth and getting as much as possible of the dwindling income pie.

The Outsiders in contrast, are those with no one to speak up for them. They are the self-employed, the young, or the unemployed. They are not organised but what they do have is a vote – and this, as McWilliams emphasised, was seen when the British people voted for “Brexit”.

In addition, one of the consequences of the ECB’s money printing and reducing interest rates to zero has been the subsidization of risk assets, McWilliams said.

This price of risky assets, such as stocks, has soared. Meanwhile, the most risk-averse assets, such as cash deposits, have been punished. The average guy is a cash saver, rather than an asset accumulator, while it’s the rich guy who owns the risk assets.

Not only have the average guy’s wages been compressed, but the real value or return on his wealth or his ‘nest egg’ has also diminished.

The ECB’s policies have undermined the centre ground – and in the spirit of Yeat’s poem, one must ask: “Can the centre hold?”

In McWilliams’ opinion, ‘”Brexit” could be merely a taste of things to come.

David McWilliams delivered his lecture The Centre Cannot Hold at the Nedgroup Investments Summit 2016 and has written a paper by the same title.