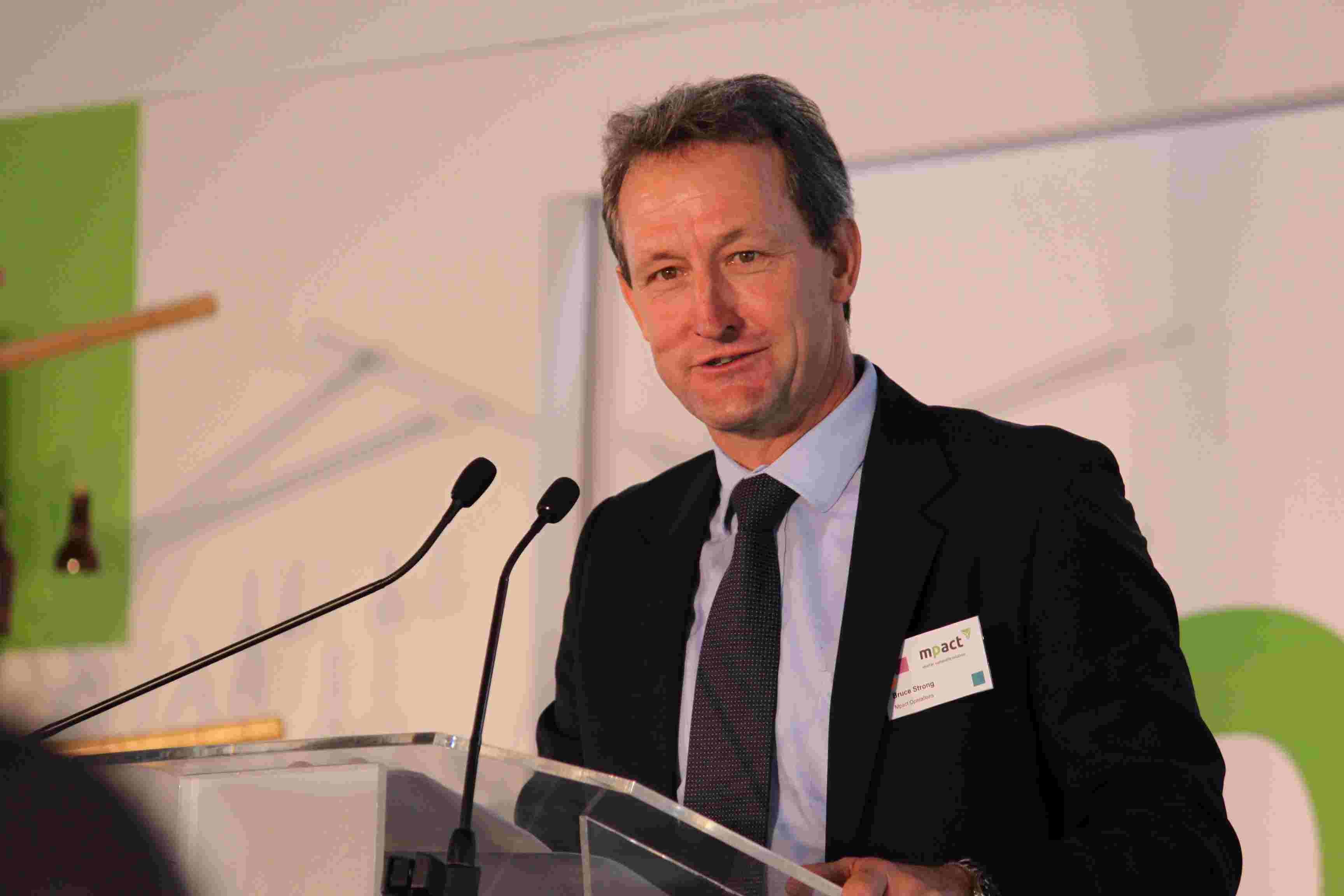 Mpact recently launched its new Mpact Polymers recycled PET plant. At the official launch of the facility in May 2016 in Germiston, prominent government representatives and industry partners applauded the project. Read more about the launch here.

Among the speakers at the event was Edna Molewa, Minister of Environmental Affairs and Mpact group CEO Bruce Strong. Radio and TV presenter and producer Elana Afrika-Bredenkamp was the master of ceremonies.

These speakers recognised the company for the impact that its new capabilities will have on the South African environment, economy and job creation efforts.

The Department of Trade and Industry

Mzwandile Masina, the deputy minister of the DTI, noted that the new plant brought important benefits in terms of job creation. ‘As government, we are proud to have contributed to the sustainability of the project through the approval of Mpact Polymers as a Greenfield project for the Section 12i tax allowance incentive. We further acknowledge that income opportunities will be created through an estimated 1 000 jobs, as there will be greater demand for collectors, small businesses and buy-back centres – which will assist Mpact in reaching their collection targets.’

The IDC provided a R210 million loan facility as well as R30 million for its 21 percent equity stake in Mpact Polymers. IDC chief executive Geoffrey Qhena commented: ‘The enhancement of skills transfer as well as the development of entrepreneurship and promotion of growth within the SMME sector, fuels further optimism.’

President of Coca-Cola South Africa, Therese Gearhart, applauds the facility as the first on the African continent to meet Coca-Cola’s full certification exacting standards, thus achieving approval to use the rPET in its products. ‘Our partnership with government and Mpact Polymers is another example of our commitment to reduce the carbon footprint of our drink in consumers’ hands, and puts us one step closer towards our goal of zero waste to landfill sites.’

She added that the advancement of world-class technology to commercially produce soft drink bottles for the Coca-Cola system in southern Africa made from rPET, resonates with the company’s mandate to function as an environmentally responsible corporate citizen. ‘It also ensures that we never compromise on the quality that our customers expect of us.’

Alan Clark, CEO of this company said the facility is directly in line with the company’s “Prosper” sustainability framework to create value by reducing waste and carbon emissions. ‘This initiative clearly supports and advances our aspiration for a clean world where nothing goes to waste. By dealing decisively with South Africa’s major concern on the collection and recycling of used PET bottles that usually end up in landfill, we are ensuring that we leave a more desirable environmental legacy for generations to come.’

ABI MD Velaphi Ratshefola also address the audience at the launch event: ‘As an anchor customer for the rPET products, which will be processed by this plant, and through our partnership with Mpact, the recycled material has become a reality in ABI’s value chain. We are very proud of this milestone and honoured to have been able to share the journey with Mpact, Coca-Cola, Petco and our government stakeholders in bringing this project to life.’

For years KHS has been a reliable partner for can filling and packaging to the biggest beverage factory in Europe,…

For years KHS has been a reliable partner for can filling and packaging to the biggest beverage factory in Europe, situated in Wakefield in Great Britain. At the start of the corona crisis the Coca-Cola bottler again benefitted from the quality of the companies’ cooperation and KHS technology. The history…

TOMRA Food has introduced SmartGrade on its Spectrim platform. The new system puts the packhouse in complete control of grading…

TOMRA Food has introduced SmartGrade on its Spectrim platform. The new system puts the packhouse in complete control of grading with such accuracy that it is able to pack fruit to maximise sales by matching very precisely the specific requirements of the individual customers. It identifies each blemish and defect…