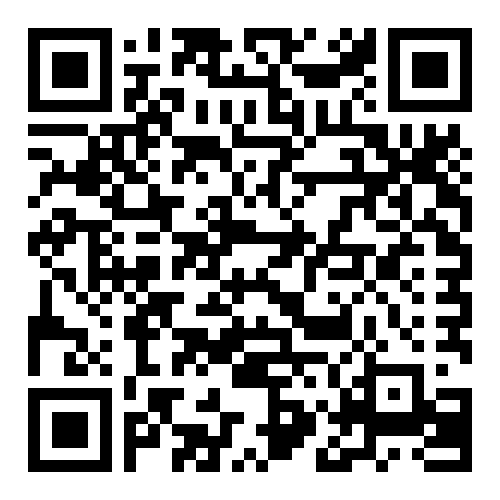 President Jacob Zuma did not act unilaterally when signing the Tax Administration Amendment Act. This is according to a statement issued by the Presidency today.

“The law was considered at NEDLAC. It was also discussed openly in parliament. It was passed by both the National Assembly and the National Council of Provinces following public hearings.”

The statement then gave a background to the law and what it seeks to achieve.

The Government is updating a law it passed in 2013 (in the 2013 Taxation Laws Amendment Act) that harmonised the tax treatment of contributions to retirement funds. Different types of retirement funds have different tax rules, and provident fund members enjoy no tax deduction for their contributions. Government also noted that high-income taxpayers also structure their salary packages to enjoy relatively high tax deductions, since employer contributions are not currently a taxable fringe benefit for the individual and are not recorded in tax returns. The 2013 law therefore harmonises the remuneration base for tax purposes for all retirement funds, and consolidates both employer and employee contributions to reduce the scope for tax structuring.

The 2013 law allows for a 27.5% tax deduction up to a maximum of R350 000 per annum. The key condition for enjoying the tax deduction is that members take a lump sum up to one-third, with the rest to be annuitised. This law should have been implemented on 1 March 2015, but was delayed by one year to take account of concerns raised by some stakeholders, including COSATU. The only change to the law that Government is considering this year is to confirm that the new law will take effect on the scheduled date of 1 March 2016 alongside an increase in the threshold above which members are required to purchase an annuity.

It is envisaged that workers will be encouraged to save (more) through retirement funds, to curb old-age poverty and excessive dependency on relatives.  Members of provident funds will, similar to members of pension and retirement annuity funds, be able to claim a tax deduction on their contributions to their funds. There are over 2.5 million provident fund members who contribute to a provident fund. Around 1.25 million are likely to see an increase in their take home salaries, and many more will receive the tax deduction if they decide to save more for their retirement. Lastly, low savings can also result in excessive indebtedness, as individuals have to borrow to meet unexpected expenditure.

Yes, it will. The Government is concerned about tax avoidance structuring where high- income taxpayers are able to structure their remuneration packages to reduce their tax liability out of proportion to what Government considers to be fair. The abuse/avoidance is mainly by high income earners in provident funds, who exploit the fact that the employer contribution is a non-taxable fringe benefit, and hence have funds where employers make a 20 to 30% contribution with no contribution from the member.

The 2013 law, when implemented, will make the tax system more progressive, by improving vertical equity between high income and low income taxpayers, as it limits the tax deduction to R350 000. It will also improve horizontal equity by harmonising the same deduction across all retirement funds.

The reforms seek to achieve the following: (1) Simplify the tax treatment of contributions to retirement funds (current system is complex and confusing); (2) Improve vertical equity between high and low income taxpayers by imposing a limit on the total allowable deduction to high income taxpayers; (3). Improve horizontal equity by harmonising the same deduction across all retirement funds; (4) Enhance post-retirement income by extending the requirement to purchase an annuity to provident funds. (5) Vested rights are  protected, ensuring that the impact of annuitisation takes longer to be felt by provident fund members.

Workers who are below 55 years on 1 March 2016, will not be asked to annuitise or take a pension on the portion of new contributions if the total of those accumulated savings are R247 500 or less (“de minimis rule”) when they reach retirement.   Irrespective of age, whatever a member has accumulated in the provident fund as at 1 March 2016, and the growth on those amounts will be available to them as a cash lump sum when the person  retires  (i.e. protection of vested rights).  For  most  low-  and  middle-income workers, it will take several years (more than five up to fifteen) years to reach the above threshold, and hence many years before they are asked to annuitise at retirement.

The first point to make is that the reforms do not take away the right of provident fund members to their benefits before or at retirement. Instead, the reforms enable a slower use of such benefits in retirement, by requiring annuitising from a certain amount. The data indicates that 83.5% of provident funds members fall in the R160 000 and below income bracket, and that the majority of them retire with an average retirement benefit of R300 000  (note  that  this  average  includes  higher  income  members). These  data, coupled with protection of vested rights and a higher de minimis amount of R247 500 (i.e. the amount below which you do not require annuitising) leads to the second point that most, if not all, low income earners approaching retirement in at least the next two to five years (and longer), will not be required to annuitise.

Yes. The implementation of the Taxation Laws Amendment Act will not take away the right of provident or pension fund members to withdraw their benefits before or at retirement as a lump sum. Contrary to false rumours, Government has NO intention to take-over the hard-earned deferred income of workers, whose funds will remain under the control of their trustees. Government has also improved the law to ensure better governance practices by trustees, and intends to strengthen these further. Further, with the full support of all labour unions, Government (as part of its retirement reform programme):

Members will be able to take all their retirement savings as a cash lump sum upon resignation (with tax implications). However, members of both pension and provident funds are encouraged to keep their savings until retirement (i.e. preserve their savings), and Government intends to ensure that members seek proper financial advice from their pension and provident funds before withdrawing such funds. Government is also concerned that many workers are highly-indebted, and should not risk their secure jobs by resigning from their work to access their savings.

The Government recognises the hard-won rights to secure provident funds for workers. Provident funds will continue to exist, but will evolve in the long term to have the same tax treatment of contributions and benefits as pension funds, i.e. a one-third retirement lump sum and a requirement to buy an annuity with the remainder if above R247 500. Current members of provident funds will still be entitled to take their contributions up to 1 March 2016 plus growth (vested rights) as a cash lump sum.