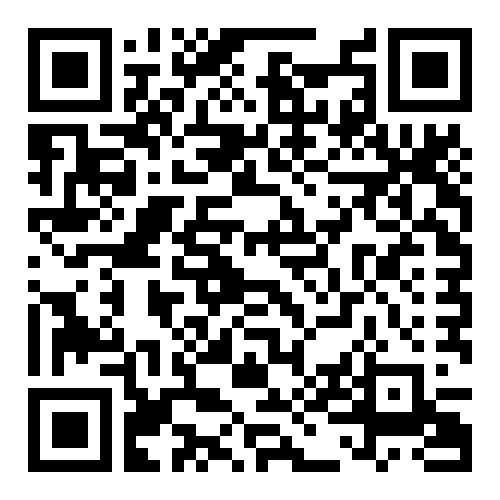 Research And Redress: Revisioning Cape Town And All Its Residents

Moving Cape Town from a colonial city into an equitable and celebrated multi-cultural future, so that all people may see their histories and memories represented, was the theme of a milestone knowledge-sharing workshop held this weekend.

They debated the following:
• How can history help us to shape more inclusive futures?
• What role can creativity play in the democracy-making process?
• How may the work of artists, designers, architects and other creatives help us to imagine more equitable urban futures?

Participants agreed on the need for greater representation in the public life of the city by way of memorials, art, artefacts, architecture and events.

One way to achieve representation is greater participation and feedback into the Integrated Development Plan, a strategic tool that guides all the activities of local government in consultation with residents and stakeholders. The public participation process could be more inclusive and engaging, and in turn people should express ways they may be represented in the public iconography of the city.

The workshop was organised by The City, a research, publishing and place-making agency founded by urbanist Zahira Asmal in 2010. It was the latest event in The City’s transnational See project which exchanges ideas, encourages debate and develops ways to bring about equal representation in the public life of South African cities.

“If you don’t write yourself into the city, someone else will write it for you – and from their perspective,” said Asmal. A researcher, curator and publisher, Asmal has lectured on democracy and city-making across the globe and serves on the board of advisors for the International Archive of Women in Architecture.

“The City’s extremes impel us to reflect on our past and analyse our circumstances in profound ways. They provide opportunities to engage with social and spatial challenges faced in cities more broadly and also serve as a reference and case study for other postcolonial cities both locally and internationally,” said Asmal.

The workshop was hosted in partnership with the District Six Museum, and supported by the Goethe-Institut Johannesburg, Department of Cultural Affairs and Sport and #cocreateSA, a platform for South African and Dutch counterparts to exchange ideas and innovations for a sustainable future.

Said Asmal: “We are complex, philosophical, poetic as well as practical beings that require our histories and memories, as well as places and objects that both nourish us and give meaning to our lives.

“When we see students protesting about access to education, mothers crying for decent sanitation ― it is not only a protest for services, but also a right to dignity, acknowledgement, care and ultimately to be recognised as human beings. People want and need to be seen and included in the public life of the city.”

Asmal said the seeds of the See project were planted while she was undertaking research for her Movement series of publications on Cape Town, Johannesburg and Durban. These analysed the economic, political, spatial, social and cultural movements that have created South Africa’s large cities.

“I noted responses from black and brown residents who expressed that they frequently feel ignored or unacknowledged in Cape Town. And in instances when they don’t feel invisible, they attested to feeling hyper-visible or exoticised – singled out on the basis of difference.

“Considering that black and brown people constitute 84,3% of Cape Town’s population, it is alarming that so many attest to feeling invisible or unrepresented, as evidenced by the numerous protests across the city. That such oppression is routinely shrugged off or deemed normal signals an urgent need to explore the generative potential in the hybrid aspects of contemporary life in Cape Town.”

Workshop delegates gave feedback on how they wanted to be able to interact and be seen as individuals, families and communities in a more adaptive, agile city.

Dutch Consul General Sebastiaan Messerschmid said: “Project See opens our eyes to the fact that belonging somewhere needs to be reflected in the city. Are my people’s heroes represented? Is the public space welcoming to me? Can I feel at home here?

“We Dutch have a particular past in this country, both through our support of the anti-apartheid struggle and also the slavery and discriminatory past from the VOC. We feel connected to today’s developments in South Africa and want to be involved in these conversations. Therefore, we wholeheartedly support the space for these discussions to happen. This project run by Zahira Asmal and her agency, The City, is essential.”

Independent participant, Jason Hartzenberg, said: “People who talk about moving on from the past are those who have benefitted most from the past. The past is what brought me into the present in a specific location and determined what school I went to, how literate I was, the knowledge I could access. I need to incorporate and understand the past as sedimentation of my present.”

Workshop facilitator Mandy Sanger, head of education at the District Six Museum, said on behalf of the organisation: “We have tried to show today that it is possible to bring people with diverse professions and sources of knowledge together, and to take part in a very detailed public participation process. This workshop has shown we can engage with and excite people and allow seeds to be planted for growth.

“Service delivery protests happen because people in power land in our communities like UFOs, and do not see the megapixels that make up the big picture. Insensitivities in planning are the result. Heritage becomes décor for those in power, not real transformation.”

See events and call for participation

Prior to this workshop, the SEE launch event was a seminar titled “Heritage, Memory & Making Place” in which renowned Ghanaian-British architect Sir David Adjaye OBE was in conversation with Zahira Asmal at Hiddingh Hall, University of Cape Town, in 2017.

The City also hosted a week-long studio with Dutch architect Arna Mačkić focusing on monuments and memorials in and around Cape Town, and held a “Transnational workshop” with Dutch partners in Rotterdam and Amsterdam.

The City is now calling for applications for the See Studio, a programme that will bring together people interested in history, memory and making inclusive spaces in Cape Town. The closing date for applications is 11 April 2021.

The local programme of exchanges, expert presentations, tours, public engagements and publications will take place digitally until participants with a connection to the city’s past and present, such as the Netherlands, India, Indonesia, Portugal and other parts of Africa, can again travel. Updates will be provided on social media.

“See is also creating sonic journeys, which are immersive, cross-disciplinary audio guided experiences, so that anyone in the world may journey through Cape Town through the prism of See and discover more about its history, memory and place-making,” said Asmal. Visit www.iseeyou.capetown

Finally, the project’s research, I See You, will culminate in a seminal book documenting a vision for an inclusive and democratic public life of the post-colonial city. It will be edited by Zahira Asmal with invited contributions from across the globe. Content will include input from the I See You digital platform, events and global conversations.