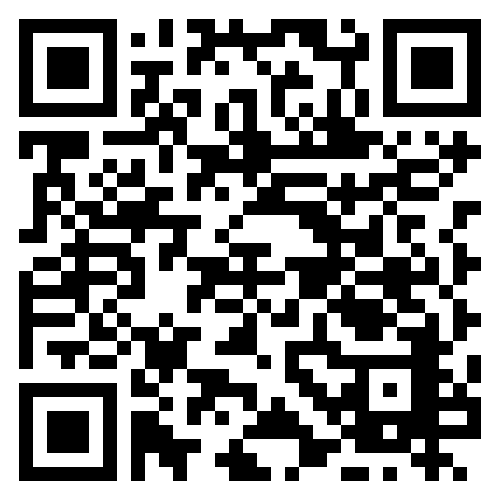 Retail in African set to grow A newly released report by PwC shows that although Africa is a challenge for business, retailers have reason to be optimistic.

A newly released report by PwC shows that although Africa is a challenge for business, retailers have reason to be optimistic.

Africa’s economy has seen modest growth in the wake of falling commodity prices, slowing revenues and volatile currencies. The moderation in growth impacts a range of industries and sectors, including retail and consumer products that must contend with rising costs, and a fall in prices.

Despite the decline in growth, the long-term outlook remains positive. The economic growth predicted for 2016 and beyond in some African countries provides major opportunities for retail and consumer companies looking to the future. These are some of the highlights from a report released by PwC late in March.

“As Africa has risen to prominence as an investment destination over the past several years, so the role of retail and consumer goods has taken on greater significance,” says Anton Hugo, Retail and Consumer Industry Leader, PwC Africa. “Sub-Saharan Africa (SSA) remains one of the fastest growing regions in the world and the successful expansion of a number of global and African retailers and consumer goods companies across the region speaks to the opportunities that exist.”

“However, Africa’s fortunes are very much tied to those of the global economy. Pressure on emerging market currencies coupled with a decline in oil and other commodity prices has seen pressure on government revenues and the ability of governments to increase social expenditure and wages in the public sector. African retailers will need to focus their efforts on operational efficiency and managing the effect on their operations of volatile currencies,” adds Edafe Erhie, PwC Partner in Nigeria.

PwC’s inaugural publication entitled ‘So much in store’, is an in-depth study into the make-up of SSA’s retail and consumer goods industries, and provides an outlook for the coming five years by focusing on 10 African economies that it believes offer some of the most compelling opportunities for retail and consumer businesses looking to expand into Africa: Cameroon, Ethiopia, Ghana, Côte d’ Ivore, Kenya, Nigeria, South Africa, Tanzania and Zambia.

Trends shaping the retail and consumer sector in SSA

Significant global megatrends will help drive the retail and consumer goods industries and create future opportunities. Africa’s demographic dividend, its growing middle class and rising income levels, and rapid urbanisation will all have a part to play in the continued growth of the retail sector across the continent.

Currently, Africa is home to more than one billion people which is expected to increase to more than two billion by 2050. It also has the youngest population, with 226 million people aged between 15 and 25 years in 2016, according to World Bank estimates. Africa’s working age population is forecast to grow at a faster rate than its overall population. When the labour force grows more rapidly than the population dependent on it, resources become available for investment in economic development and personal consumption. This offers an opportunity for rapid economic growth.

The growing middle class is one of the key factors driving international retail expansion across Africa. Consumption choices typical of this class, such as internet usage, private health care, formal retail, as well as car and property ownership are all on the rise.

Changes in consumer lifestyles and ambitions are influencing purchasing behaviour and patterns, according to leading retailers. Overall, consumers in SSA are becoming more aspirational and brand-conscious. “Africans are becoming more connected to global trends than ever before as a result of growth in internet penetration and travel,” explains Hugo. For example, in Ghana consumers are increasingly attracted to products that are well packaged and well documented.

This increasing level of discernment is also seen in the quality of goods that consumers expect and their willingness to pay for it. Those that can afford it are also becoming more health-conscious, favouring nutritious and healthy foods. In response, retailers are formulating new products.

Closer to home, African organisations are becoming dominant players in local markets and expanding their presence across the rest of the continent. South African retailers are a prime example of being among the most aggressive in expanding across the continent. But there are also examples from other countries, such as Zambia and Kenya expanding into the greater East African Community (EAC) region, and Nigeria into the West.

For the foreseeable future informal retail will continue to dominate sales in SSA. With the exception of South Africa and Angola, it is estimated that upwards of 90% of sales in the focus countries is through informal channels such as markets, kiosks, table-top sellers and street hawkers.

“However, the industry is in the process of modernising with a number of western-style shopping centres taking shape in countries like Nigeria, Kenya and Ghana. It is also interesting to note that in some countries such as Ghana, Nigeria and Zambia, many of the malls are anchored by South African retailers. For some countries, the building of shopping malls is a challenging and expensive business due to the difficulties in securing land, resources, and the costs associated with building,” says Michael Mugasa, PwC Partner in Kenya.

Although online retail is still in its infancy in SSA, the industry is showing promising potential. While South Africa and Nigeria already have numerous e-commerce players, the industry is less developed in countries such as Cameroon and Ghana. According to the report, successfully selling products online in SSA comes with challenges, including unreliable internet connections, logistical challenges, as well as a general distrust of transacting online and low bank penetration.

Local production on the rise

Increasingly there is a growing movement towards local production. This trend is driven by a number of factors. These include, amongst others, political stability and government incentives to boost local manufacturing. To circumvent import duties, port delays and high transport costs, companies are also considering local production options. Despite the opportunities, manufacturing in Africa comes with numerous challenges, such as power supply problems, high rentals, electricity and labour costs.

A critical success factor for retailers and consumer goods companies moving into many African countries has been their ability to implement supply chains that deal with the operational challenges that exist. “Given the size of Africa, supply chains tend to be complex, challenging and expensive,” says Hugo. “Other obstacles include poor transport, inadequate local supply capacity and the dominance of informal retail trade.”

The dominance of informal trade and Africa’s large rural population makes distribution a complex exercise. However, as 90% of sales are made through informal channels, those that ignore this segment are missing out on a significant share of potential revenue. There are also many examples of companies that have introduced innovative ways of improving their distribution in various countries.

Hugo concludes: “Each country in Africa has its own value proposition. Smart investing in Africa means investors need to understand key regions and local markets. Furthermore, investors need to note that there are specific risk factors underlying the development of Africa. Despite these risks, investors and retailers will continue to see the African market as a huge opportunity.”