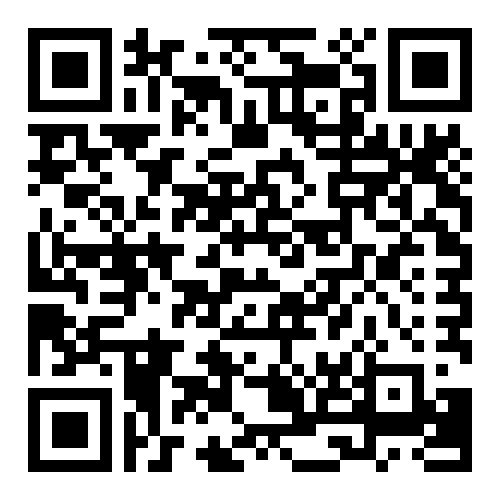 The media recently reported that the October 2017 Medium Term Budget Policy Statement (MTBPS) could hold nasty surprises for taxpayers on tax collection shortfalls. There have also been rumours of state capture spreading into more parts of government. As a result, one should consider SARS’ accountability, writes Ferdie Schneider, National Head of Tax, BDO South Africa.

SARS is held accountable indirectly by each and every taxpayer and resident of South Africa, more directly by the Minister of Finance, but operationally under the leadership of the Commissioner and SARS’ Annual Performance Plan. The tax-collecting agency has the unenviable task to tackle its mandate to collect revenue under weak economic and fiscal conditions, and high levels of unemployment. SARS must collect R1.265 trillion, which will be applied to enable Government to deliver on its mandate. In weak economic conditions, the taxpayer – of course – wants to pay as little tax as possible but government needs to collect as much tax as possible in order to safeguard against the effects of the weak economy.

In SARS’ Annual Performance Plan 2017/18, it commits to focus on revenue collection to meet revenue targets in the 2017/18 fiscal year. SARS have agreed measureable targets to increase compliance, improve its client service, and maintain efficiency and credibility.

SARS has also promised taxpayers a service charter.  Indeed, the tax fraternity has been asking for the reinstatement of the charter for a number of years now.

SARS’ strategies are based on the National Development Plan (NDP) 2030 and affect how the agency carries out its mandate. In terms of the NDP, faster, broad-based growth is required to transform the economy, increase employment, and reduce poverty and inequality. National Treasury announced the introduction of a few policy changes during the current fiscal year, including a tax on sugar-sweetened beverages and an environmental tyre levy.

Implementation of the Organisation for Economic Cooperation and Development’s (OECD’s) Base Erosion and Profit Shifting (BEPS) project continues to be a challenge around the world and in South Africa. SARS continues, together with other government departments, to implement the agreed BEPS actions on behalf of the country. The tax-collecting agency is also finalising the implementation of the OECD’s Common Reporting Standards (CRS) solution for Automatic Exchange of Information (AEOI) to ensure compliance by the end of December 2017.

SARS’ Annual Performance Plan considers the risks it faces and how these will be addressed. These risks are derived from exposure to the local and global economic climate, taxpayer compliance behaviour, and operational risks. The current global and local economic uncertainties reduces SARS’ ability to collect revenue. Electricity supply constraints, labour disputes, and service delivery protests increase these risks.

SARS will continue to expand its footprint through mobile tax units and mobile registration kits. It also plans to increase its compliance activities through increased and targeted audit and enforcement activities, and enhanced debt management. It will also increase the use of administrative penalties.

The tax-collecting agency will continue to develop Centres of Excellence and specialist skills, and will seek to address head-on the threat of the illicit economy and illicit financial flows, such as illicit cigarettes and tobacco. SARS will also increase measures to combat tax and other financial crimes.

Taxpayers’ attitudes towards compliance are influenced by their perception of the use of taxes. In South Africa, perceptions about corruption in the public sector and poor service delivery remain serious issues, which have even led to mentions of taxpayer revolts. The loss in public confidence in government negatively impacts SARS’ ability to collect taxes and it has set out to positively change taxpayer experience and perception.

In addition to the measures outlined above, SARS has developed a detailed five “outcomes” programme and sub-programme to address the challenges and risks faced. SARS’ first objective is to increase Customs and Excise Compliance to enhance revenue collections. This will be done through the improvement of control over the flow of all goods and travellers entering and leaving the country, and locally manufactured excisable goods; improvement of Customs and Excise risk identification and targeting capabilities; improvement of State Warehouse Infrastructure; continuation of the adoption of a whole-of-government approach to improve border management; implementation of the requirements of the New Customs Act Provisions; and the development of a professional and disciplined Customs and Excise workforce.

SARS’ second objective is to increase tax compliance to increase tax revenue collections. This objective will be achieved through conducting targeted compliance interventions; continued improvements of the overall taxpayer compliance levels; strengthening of its capacity and capability to manage debt; continuation of collaboration and to work with other tax and customs jurisdictions on global compliance and enforcement efforts; and finally to strengthen its enforcement capabilities.

The third objective is to increase the ease and fairness of doing business with SARS through a reduction of the volumes of manual activity for SARS and taxpayers through automation and digital migration; delivery of tailored education and outreach programmes to increase understanding, awareness, and meeting by all South Africans of their tax responsibilities; and by creating a service channel network of the future to deliver easy, convenient and accessible service to all areas of South Africa as fairly and cost effectively as possible.

SARS’ fourth objective is to increase its cost effectiveness and internal efficiencies through improved information communications technology capability; practicing prudent financial management and discipline to ensure SARS operates within the budget allocation, and to increase efficiency; to identify, recruit and retain the right, diverse, engaged and highly skilled people; and finally to improve organisational governance frameworks and processes.

The fifth and final objective of the tax-collecting agency is to increase public trust and credibility to sustain tax compliance and overall institutional effectiveness.

These measures adopted by SARS, if carried out, will definitely increase taxpayer trust.  They will not, however, address short to medium revenue collection shortfalls. The open questions that remain include: