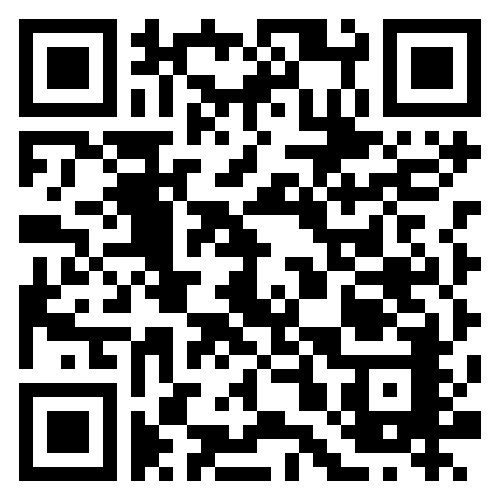 Tax hikes are not the solution

South Africa suffers from a trifecta of social challenges, namely: inequality, poverty and high levels of unemployment. This, when coupled with the state of economic stagflation, rampant government expenditure and bureaucratic paralysis is creating unprecedented fiscal pressure.

Tax revenue, as described in the Medium Term Budget Policy Statement, is projected to fall short of the 2017 Budget estimate by ZAR 50.8 billion, the largest under-collection since the 2009 recession. The shortfall can be reduced either through fiscal consolidation or by increasing taxes and cutting costs.

On Friday, 24 November Standard & Poor’s Global Ratings lowered South Africa’s rand debt to “junk-status” and cut the foreign-currency rating to two levels below investment grade. In response, President Jacob Zuma tasked the Minister of Finance and Presidential Fiscal Committee to cut spending by ZAR 25 billion in next year’s budget and find ways to add ZAR 15 billion to the nations revenue. Given South Africa’s narrow and deep tax base, where a limited number of people are highly taxed, further increasing taxes is a contrived solution.

Moreover, due to the recent increase in the maximum marginal income tax rate for individuals and trusts to 45%, the effective CGT rate increased from 16.4% to 18% for individuals and special trusts and from 32% to 36% for other trusts. The effective CGT rate for companies remains unchanged at 22.4%. In our view, the benefits of the above increases are yet to be fully-realised and any further increases in the effective CGT rates now would only serve to reduce the appetite of investors and make it more expensive for companies to conduct business. We submit that the cumulative effect of the above revisions should first be fully taken into account before additional taxes are introduced to overburden the already strained South African taxpayer.

Capital formation is one of the foundations of economic growth in a country. CGT reduces the availability of capital and makes it more expensive for companies to conduct business. Further increases to the CGT rate would discourage the above participants from contributing to growing the economy which would reduce jobs and lower wages. A further problem with increasing CGT rates is that it encourages investors liable to pay CGT to defer realising their investments for as long as possible. Where CGT rates are increased, people owning capital assets become more reluctant to sell these assets as the ratio of benefits to CGT burden becomes disproportionately skewed away from realising the assets.

In view of the above, and in the context of several countries including New Zealand, Switzerland and Hong Kong not taxing capital gains, it is hard to conceive why South Africa would consider increasing the CGT rates further. Furthermore, many countries adjust CGT rates to exclude the influence of inflation and only subject the “real capital gain” to tax. When CGT was introduced in South Africa it was argued that the low inclusion rates (at the time) militated against the need for making adjustments for inflation. That argument is now unsustainable and South Africans may now, in effect, be taxed on inflationary gains made. Further upward revisions of the CGT rate would only exacerbate this situation.

As recently as 2015, it appears that no BRIC (Brazil, Russia, India and China) country had an integrated capital gains tax rate above 40%. Among the Organisation for Economic Co-operation and Development (OECD) countries, France had the highest integrated capital gains tax rate (75%), followed by the United States of America and Denmark (56%) and Portugal and Japan (50%). No OECD country has a 100% CGT inclusion rate.[1] Research suggests that the global trend is in favour of decreasing rather than increasing CGT tax rates.

Alternatives to increasing the CGT rates include: (i) increasing the Value-added Tax (VAT) rate, (ii) introducing a form of wealth tax, (iii) implementing further Special Voluntary Disclosure Programmes (SVDP) and/or (iv) increasing the donations tax rate. These alternatives, considered jointly and severally, should not detract from the fact that the fundamental problem in South Africa is rampant government expenditure.

Increasing the VAT rate will have a direct and profound impact on all people in South Africa but it is the poor and working class who would be most affected. South Africa already imposes taxes which tax the transfer of wealth in the form of estate duty, donations tax and CGT. Global experience seems to support the view that an independent wealth tax results in relatively low yields but administrative costs associated with implementing such a tax are high. Wealth taxes are currently levied in Spain, Norway, Switzerland and France but have been discontinued in Austria, Denmark, Finland, German and Sweden.[2] SARS’ most recent SVDP programme had, at the time of the 2017 Budget Speech, resulted in the disclosure of ZAR 3.8 billion which will yield approximately ZAR 600 million in additional tax revenue for the fiscus.

We submit that increasing the CGT rates or VAT rate or introducing a form of wealth tax will further impede the growth of the South African economy in addition to the difficult economic environment South Africans currently find themselves in, encourage evasion and avoidance of tax, contribute to the flight of capital and skills, likely result in higher indebtedness and further disincentive to save amongst South Africans, and shrink the existing, overburdened tax base.

It is also trite that economic stimulation and growth is a far greater catalyst for increasing tax collections. In our view, government should rather consider bolstering property rights, boosting efficiency and lowering costs of public service, expanding essential infrastructure, more efficiently employing resources employed in education, reducing crime and domestic violence, particularly in poor communities, and becoming more effective in reducing wasteful expenditure and the widespread abuse and theft of state resources.

In summary, we submit that it is flawed to argue that a country can be taxed into prosperity and that increasing the CGT rates, increasing the VAT rate and/or introducing a further wealth tax may be viewed as an attempt to do so. Winston Churchill once said that: “I contend that for a nation to try to tax itself into prosperity is like a man standing in a bucket and trying to lift himself up by the handle”.[3] In short, overburdening an already narrow and highly-taxed tax base will not improve South Africa’s position.

[1]EY Corporate dividend and capital gains taxation: A comparison of the United States to other developed nations, April 2015.
[2] The Citizen article by Amanda Visser titled “The price of a wealth tax in South Africa” dated 2 May 2017 available at: http://citizen.co.za/business/1501749/price-wealth-tax-south-africa/.
[3] Forbes Personal Finance “20 inspirational quotes about taxes” available at: https://www.forbes.com/pictures/fgmi45hegd/winston-churchill/#8ba89c3d491a.