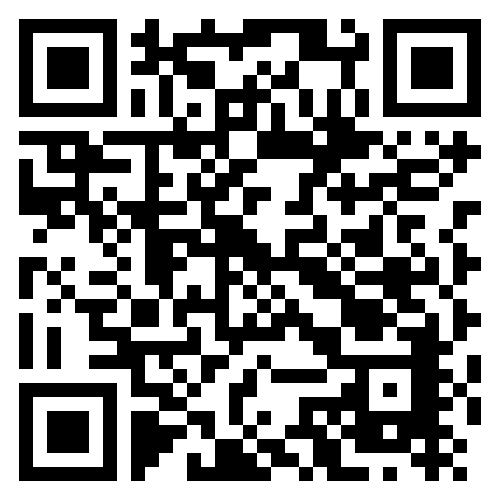 The certainty of uncertainty in South Africa

The NWU group spent several months last year looking at global experience and practice in assessing policy uncertainty and deciding what would be the most appropriate way to measure it in SA.

“The challenge has been to craft a PUI suitable for SA. A small task team under the chairmanship of Professor Raymond Parsons, of the NWU School of Business and Governance (NWU-SBG), interrogated the policy uncertainty models elsewhere, adapted them to SA circumstances and conducted trial runs during the course of 2015,” the PUI document says.

(2) expert opinion from a cohort of leading economists

The PUI “will be calculated quarterly and is intended to be published in January, April, July and October of each year.”

As this is the first PUI to be released, it was found necessary to briefly review some of the factors explaining the 4Q2015 trend in the PUI and to set an initial context, “not all of which will be repeated in future.”

The narrative includes the following –

The PUI has been introduced at a time “when the global economy is less supportive of the domestic economy.” Like many other small open economies that benefit from the positive effects of globalisation, SA has become “vulnerable to its negative consequences.” The economic slowdown in China, the sharp dip in commodity prices and a growing risk aversion attitude among global investors have affected SA’s growth prospects. The document warns of new uncertainties and fresh challenges to both the government and the private sector. “Yet although no country today is immune from unpredictable surges and swells in the global economy, several emerging economies have been able to ride the waves with more resilience and less vulnerability than SA,” it says.

Most countries “can do little about the drivers of international economic uncertainty but every effort should be made to keep uncertainty caused by domestic policy to a minimum.”

Global economic uncertainty emphasises the need to reduce domestic uncertainty through factors that are under national control, the document emphasises. Many studies of economic policy have shown that it does not need policy miracles to produce good results, it adds.

“If major policies are predictable and headed in the right directions, economic performance is likely to be quite successful. Economies are then also in a better position to manage global ‘shocks’ or uncertainties when these arise.”

The challenges of a lack of policy coherence and growing policy uncertainty did not only emerge in the 4Q2015; “they have developed over a period of years.” However, the PUI is “the first serious attempt to measure it.”

The PUI document refers to “bouts of uncertainty” in recent years. However, it says: “examples of the extent to which the regulatory framework is shown to have imposed heavy costs and uncertainty on the economy, especially small business, are too numerous to mention here.”

‘Policy uncertainty’ has also risen in the list of major obstacles to doing business in SA, “as reflected in the recent World Economic Forum’s latest Global Competitiveness Index.”

While the official commitment to the NDP since 2012 was intended to provide certainty about the socio-economic road ahead, “the NDP has not been sufficiently visible or tangibly implemented.”

Several issues such as nuclear power and land reform are also seen as being, in direct conflict with it.

“There has thus been a cumulative process in recent years which has instead persistently aggravated the lack of coherence and level of uncertainty in policy-making, despite the existence of the NDP,” the document says.

The MTBPS and the MPC

Two other events of importance to economic perceptions in 4Q2015 were (a) the Medium Term Budget Policy Statement (MTBPS) and (b) the November 2015 meeting of the MPC. “These generally provided definite economic signals.”

The MTBPS conveyed “a clear and realistic message” about SA’s public finances and the challenges that would face the main Budget in February 2016 if growth prospects could not be improved. “It was cast within a predictable fiscal framework but economic circumstances changed late in 4Q2015.”

Future policy uncertainty still lies in the field of taxation. “Not only is there the prospect of taxes being raised to balance the 2016 Budget, but there are also decisions to be taken on the tax reform recommendations of the Davis Tax committee, including those relating to carbon tax. The combined impact of these tax issues may intensify policy uncertainty in the near future.”

On monetary policy the MPC announced a further 25 basis points rise in local interest rates in 4Q2015. While the increase was modest, many businesspeople nonetheless viewed the increase as signaling a rising interest rate cycle in 2016 and consequent higher borrowing costs, reinforced by what the US Fed decided about US rates in December 2015.

“Monetary policy has been largely predictable as the latest MPC statement of 28 January 2016 also reflects.”

Another event in early December 2015 was the overall negative assessments by the key rating agencies of SA’s investment grading, ranging from putting SA just one notch above ‘junk’ status to reducing the outlook for SA to negative.

The document warns that these signals cannot be ignored. “Even though the credit agencies did not converge on a single assessment, the underlying message was clear that SA needed to get its economic house in order, or it might face a downgrade to ‘junk’ ranking later.”

Then there was the unexpected removal in mid-December 2015 of Minister Nene as Minister of Finance and his replacement initially by David van Rooyen, and then subsequently by reappointed Pravin Gordhan after a huge public outcry and “severe disruption in financial and other markets,” with policy uncertainty escalating sharply.

“Although the return of Minister Gordhan has now fortunately partly assuaged the markets and business, trust and confidence still need to be fully restored.”

Nene’s removal was the event that caused the spike in PUI.  “It was an event that put additional stress on an already weakened and vulnerable economy, where there still remains residual policy uncertainty.”

The PUI document emphasizes that it remains crucial to turn negative perceptions about the SA economy around and to reduce policy uncertainty in 2016.  “There is no reason why SA should be satisfied with the prospect of a growth rate of less than 1% in the foreseeable future.”

An immediate challenge now is how to avoid SA’s investment rating being reduced to ‘junk’ class this year, the document adds.

Both President Zuma’s State of the Nation address and Minister Gordhan’s budget speech this month will reveal just how much government is working at establishing policy certainty.

It’ll be interesting to see how SA does in the next PUI.  I hope we’ll witness a decrease – but I’m not willing to bet the farm on it.